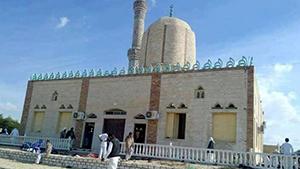 Residents in the western province of Izmir were stunned by an unexpected “call for prayer” experience when several mosques sounded Italian resistance song “Bella Ciao” from their minarets on Wednesday.

“We are certainly going through unusual times. We are listening to Bella Ciao from the minaret of the mosque,” one Twitter user said.

“The imam from Konya, who sang Tamirci Çırağı, started all these,” another user said, referring to an imam who gained popularity in Turkey after singing Tamirci Çırağı, mechanic’s apprentice, a leftist theme song by prominent singer Cem Karaca, during a TV programme.

Meanwhile, pro-government media labelled the incident as a provocation. And, religious authorities in Izmir has launched an investigation on the matter.

Mosques throughout Turkey have been reciting a chapter of the Quran and supplications daily since March to “boost morale” during the coronavirus pandemic.

The move follows a decision by the country’s top religious body, the Religious Affairs Directorate.