The recent study, conducted by a group of researchers from the Max Planck Institute for the Science of Human History, Moscow State University, the Siberian branch of the Russian Academy of Sciences and the University of Cape Town, suggests that the ancestry of the first people in the Americas is more widely distributed than previously assumed.

A recently published study, led by the Department of Archaeogenetics at the Max Planck Institute for the Science of Human History, revealed the closest connection to date between ancient Native Americans and the people of Siberia.

Published on Wednesday on the journal Cell, the study is based on results of the analysis of 19 newly sequenced ancient human genomes from the region of Lake Baikal, Siberia, Russia, including a 14,000-year-old individual that is considered one of the oldest discovered in the region.

“This study reveals the deepest link between Upper Paleolithic Siberians and First Americans,” said He Yu, the lead author, in a statement. “We believe this could shed light on future studies about Native American population history”.

The research team found that two of the analyzed samples, the 14,000-year-old individual from southern Siberia along with another younger Mesolithic example from northeastern Siberia, displayed the same genetic mixture of Ancient North Eurasian (ANE) and Northeast Asian (NEA) ancestry found in the first recorded people in the Americas.

The study findings suggest ancient Native Americans experienced frequent genetic contact with populations of NEA ancestry. The findings also reveal that the ancestry of current Native Americans in North and South America is much more widely distributed than previously assumed.

“The Upper Paleolithic genome will provide a legacy to study human genetic history in the future,” noted Cosimo Posth, a senior author of the paper.

The study also revealed the mobility of both human and pathogen genomes across Eurasia during the Bronze Age, an era characterized by growing social and technological complexity.

Two of the individuals of the 19 analyzed genomes were infected with Yersinia pestis, the plague-causing pathogen, although the spread of the disease was thought to have been facilitated by migrations from the western Eurasian steppe.

The researcher considers the presence of Yersinia pestis to be evidence indicating “the most deeply divergent connection” between the populations of the southern Siberian and western Eurasian steppe.

“In the future, with the generation of additional data, we hope to delineate the spreading patterns of plague in more detail.” suggested Johannes Krause, the senior author of the study. 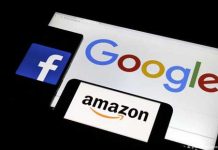 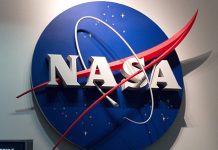