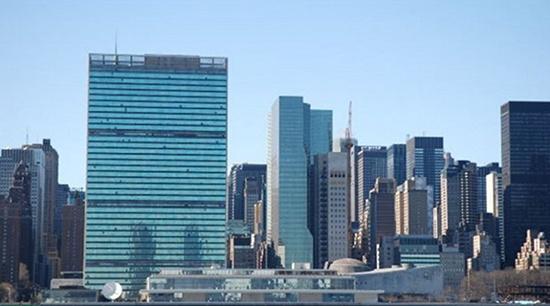 Acting U.N. special envoy Stephanie Williams said the escalation will have “devastating consequences for the Libyan people” who are “getting lost in the mix, their voices crowded out.”

UNITED NATIONS: The top U.N. official in Libya warned Tuesday that the war in the North African country will “intensify, broaden and deepen” because of increasing foreign intervention and the influx of weapons, military equipment, and mercenaries to both sides.

Acting U.N. special envoy Stephanie Williams said the escalation will have “devastating consequences for the Libyan people” who are “getting lost in the mix, their voices crowded out.”

She urged the U.N. Security Council to apply “consistent and credible pressure on those regional and international actors that are fueling the conflict.”

Williams’ video briefing to the council came a day after forces allied with Libya’s U.N.-supported government wrested control of a key military base on the outskirts of the capital, Tripoli. from eastern-based forces under commander Khalifa Hifter that have been trying to capture the city of 2 million people since April 2019. Loss of the al-Waitya airbase in Tripoli’s southwestern desert reaches was a heavy setback for Hifter’s forces.

In a statement late Tuesday, Hifter’s military command announced that its fighters would retreat 2 to 3 kilometers from Tripoli’s southern reaches over the last days of the Islamic holy month of Ramadan.

The withdrawal, it said, would expand the buffer zone around the besieged capital to allow families to visit each other safely in celebration of the Eid al-Fitr festival May 23. Hifter’s forces urged Tripoli militias that support the government to do the same “to avoid bloodshed” during the holiday.

There was no immediate response from the Government of National Accord based in the capital. But Col. Mohamed Gnounou, a spokesman for the Tripoli-allied forces, appeared to dismiss the cease-fire proposal, tweeting that “there is no red line” and “any target that poses a threat … will be bombed without exception.”

Hifter’s push on Tripoli has led mainly to a stalemate but the loss of the al-Waitya airbase in Tripoli’s southwestern desert was a heavy setback.

Libya has been in turmoil since 2011 when a civil war toppled long-time dictator Moammar Gadhafi, who was later killed. The country has since split between rival administrations in the east and the west, each backed by armed groups. The turmoil in the oil-rich country has steadily worsened as foreign backers increasingly intervene — despite pledges to the contrary at a high-profile peace summit in Berlin earlier this year.

Williams called on Berlin participants to urgently back a halt to the inflow of military support from abroad, which violates a U.N. arms embargo.

Turkey has sent armored drones, air defenses to prop up the embattled Tripoli government while Hifter’s forces are backed by the United Arab Emirates, Egypt, and Russian mercenaries. Syrian militants with links to extremist groups, meanwhile, are fighting on both sides.

Libya’s U.N. Ambassador Taher Al-Sunni told the council that government forces captured a number of Russian-made air defense systems at the al-Waitya airbase on Monday, destroyed UAE armored vehicles, and found tons of high-tech weapons. “And before that, we shot down several long-range drones made in China,” he said.

Al-Sunni said government forces and their allies have also killed and captured UAE-recruited mercenaries from Chad, Sudan, and Syria and those sent by Russia’s Wagner Group.

The escalation in fighting comes despite increased international pressure on both sides to return to negotiating a political settlement and to halt the violence over concerns about the spread of the coronavirus. Libya has reported at least 65 cases of COVID-19, including three deaths.

But Tripoli-based Prime Minister of the Government of National Accord Fayez Sarraj vowed after Hifter’s forces were routed from the airbase on Monday to “liberate all cities and regions” in Libya.

Ambassador Al-Sunni went further, telling the Security Council: “We assure you that the efforts to defeat the aggressor will continue with all our might and by all means to extend the state authority over all the country.”

The Libyan envoy accused Hifter of rejecting every peaceful solution and delegating himself “as the ultimate rule and tyrant of the country,” stressing said his “hands are stained with the blood of the innocent.”

“Those who have been betting on him have lost their bet,” Al-Sunni said. “He has taken himself out of any dialogue for a peaceful solution.”

Al-Sunni said that’s why the government is now calling on Hifter’s supporters to put down their weapons and surrender, “and side by our nation so we can end this cycle of conflict and sit for dialogue and reconciliation.”

During the council meeting, Acting British Ambassador Jonathan Allen and U.S. Ambassador Kelly Craft called for a halt to the transfer of military equipment and personnel to Libya, singling out Wagner Group mercenaries.

U.N. experts monitoring sanctions against Libya said in a report obtained by AP earlier this month that between 800 and 1,200 mercenaries provided by the private Russian security company to support Hifter have acted “as an effective force multiplier.”

Alluding to Russia and the U.N. arms embargo resolution against Libya, he added: “I want to urge all Security Council members to abide by the resolutions of this council, which they themselves have voted for.”

Russia’s U.N. Ambassador Vassily Nebenzia told the council Moscow is concerned about reports of growing violations of the arms embargo and said: “We believe the supply of arms and mercenaries should be stopped.”

Nebenzia said the Russian government has no legislation controlling private military companies and accused the U.N. experts of basing their findings on “sources of dubious quality,” and of “deliberate falsifications” about weapons, with the aim of “discrediting Russia’s policy in Libya.”

HK and US: A tale of two protest movements

The American republic of white supremacy