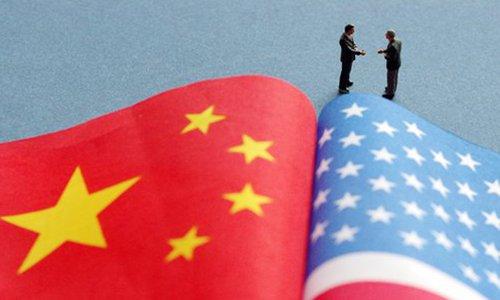 We are told that the world during and after COVID-19, is, and will be, affected by increasing tensions among the major powers. It is surely and widely accepted that our world is affected by multiple crises, where public health, environment, economy and geopolitics are at stake. If we think of globalization as process over the last decades with so-called economic and political global shifts, we might deem that many of the previous problematic trends have accelerated under the current crisis.

Since it is impossible to deny the current tensions amongst the major powers in Europe and between the US and China, key questions must be addressed. Is a new cold-war conflict inevitable? Are tensions of bilateral relations an unstoppable outcome of the ongoing crises? Is humanity condemned to hyper-competition that brings about conflicts? On the contrary, can the world’s nations and people work together to enhance cooperation to address common problems and really be able to share their future on behalf of the supreme aim of building peaceful relations?

Many of us support cooperation and the cause of peace with all of our energy. However, there are divisive forces working against it. In this context, special attention should be paid to “propaganda.” The latter is generally conceived with negative meaning, as a form of manipulation of the public opinion to gain elites’ support and consensus. Propaganda is something attributed to “enemies,” outside of our borders, and out of our democracy. Actually, this vision is biased and essentially wrong. Propaganda techniques are widely used and do not belong to a few political regimes, but to all political regimes.

If you want to know more about modern scientific propaganda and its global reach, read, among others, Walter Lippmann’s Public Opinion, published in 1922, and Harold Lasswell’s Propaganda Technique in the World War, first published in 1927, and you will understand the sense and genealogy of the recently released “Corona Big Book,” a memo distributed by US Senate Republican campaign arm to GOP candidates, advising them to aggressively attack China for the novel coronavirus crisis.

We can discern between benevolent propaganda and manipulative-deceptive propaganda. The first promotes a common good (e.g. cooperation, reciprocity, and solidarity), the second conflates conflicts and wars based on an enemy-friend dichotomy, and is always manufactured. The strongest and most influential form of domestic/international propaganda comes from so-called “liberal democracies.”

The US “war on terror” campaign, for example, has been a huge propaganda machine to justify a series of war crimes. Also, the current Trump administration’s dangerous confrontation with China is rooted in century old propaganda techniques elaborated carefully by some brilliant journalists and scholars who founded, to a certain extent, the modern science of communication.

There is a characteristic, too often neglected, that offers a significant comparative element between the western powers rising dynamics and the Chinese one: the use of war tools in support of a development process in the international arena. As former US president Carter recently stated,

“Since 1979, do you know how many times China has been at war with anybody? None. And we have stayed at war.” He said the US has only enjoyed 16 years of peace in its 242-year history, making the country the most warlike nation in the history of the world. This is because of America’s tendency to force other nations to “adopt our American principles.”

China’s ascent is peaceful and this fact reduces the Western ability to undermine its new status. It would be wise for Western authorities to adapt to the new environment, and to accomplish the reframing of the international institutional regimes. China-US and China-EU cooperation should be fundamental in this stabilization process. Many think this way, including influential Western magazines and newspapers such as Foreign Affairs and Financial Times. Many authoritative figures in the US, such as former national security assistant and US secretary of state Henry Kissinger, are supportive to China’s cooperative approach and, above all, the urgency for a strong cooperation between China, the US and the entire world. These are wise suggestions aiming at a relatively peaceful new world order.

The author is associate professor of Geography/International Studies (ASN), teaching at the International Institute Lorenzo de’ Medici, Florence. He is also member of CCERRI think tank, Zhengzhou, and EURISPES, Laboratorio BRICS, Rome. His latest book is Geofinance and Geopolitics, Egea. Follow him on twitter @fabiomassimos