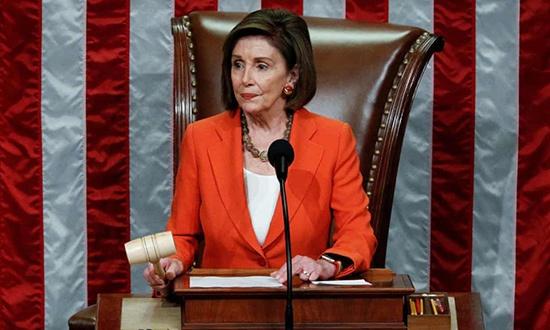 “[Annexation] would betray our shared democratic values by denying Palestinians’ right to self-determination in a viable, sovereign, independent and contiguous state.”

WASHINGTON – A group of 18 Senate Democrats sent a letter to Prime Minister Benjamin Netanyahu and Alternate Prime Minister Benny Gantz, on Thursday, urging them not to move forward with annexing Israeli settlements in the West Bank.

They went on to say that annexation “would betray our shared democratic values by denying Palestinians’ right to self-determination in a viable, sovereign, independent and contiguous state.”

“It could bring an end to Palestinian security cooperation with Israel, directly threatening the security of the Israeli people, and endanger Israel’s crucial peace agreement with Jordan,” the senators wrote.

“As friends and supporters of Israel, we caution you against taking unilateral steps that would fray our unique bonds, imperil Israel’s future and place out of reach the prospect of a lasting peace,” they continued.

“If you move forward with unilateral annexation, we would not support that action. This is consistent with long-standing American policy opposing unilateral actions by either party to the conflict. Pursuit of a viable, negotiated two state solution is essential to ensuring our shared democratic values and lasting bipartisan support for Israel in Congress.”

The letter has been circulating in the Senate for a few weeks. The progressive Jewish group J Street asked supporters earlier this month to urge their respective senators to sign the letter. However, the majority of Senate Democrats did not sign the letter.

“Unilateral annexation of the West Bank would likely destroy prospects for a negotiated two-state settlement between Israel and the Palestinians, thus jeopardizing Israel’s long term security,” Senator Murphy said in a statement to The Jerusalem Post.

“The letter shows that there is a large group in the United States Senate who oppose this policy and are also willing to state the obvious—that if Israel is no longer committed to a two-state future, it will likely have an impact on the U.S.-Israel relationship,” the Senator added.

On May 6, Senator Ben Cardin of Maryland implied in a conference call organized by the Jewish Democratic Council of America that he would not sign the letter. “I don’t like to second-guess Israel’s government decision,” he said.

“I would encourage them, instead, to try to preserve the process. But I don’t think it is helpful for us to sow dissension in the United States as it relates to the support for Israel,” Cardin said. “We have to show that even when we disagree with the policies of the government, the relationship between the US and Israel must remain strong.”

Mark Mellman, President and CEO of Democratic Majority for Israel, said that his organization opposes unilateral annexation, but the Senate Democrats letter “will be counterproductive in achieving its goals.”

“By focusing only on Israeli policies and not on Palestinian impediments to peace, nor on the failure of the Palestinian leadership to accept previous Israeli offers of statehood, the text also leaves a false impression and could send a dangerously misleading signal to Israel’s enemies,” Mellman added. “We are pleased that, in fact, every Senate Democrat is clearly on the record supporting both a strong US-Israel relationship and America’s role in ensuring Israel can defend itself, by itself.”