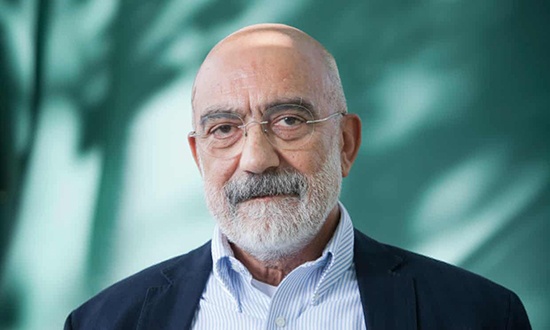 Turkish writer Ahmet Altan penned an optimistic column on the world’s future after the coronavirus pandemic from his prison cell in Turkey, where he has been jailed since he was arrested and charged with attempting to overthrow the government in 2016.

“I’m aware of the horrors everyone is experiencing. Like billions of antelopes that had to cross a river filled with crocodiles, we are struggling madly to stay alive and reach the other side,” Altan said. “The passage is hellish. But in a few months, this disaster will be over and humankind will arrive at a new era.”

The 70-year-old writer faces a bleak outlook in his home country, where political detainees remain under threat from the spreading virus in overcrowded prisons.

But Altan said in his Washington Post op-ed on Sunday that he believed the pandemic would instil a sense of common humanity among people around the world, while also showing up the failure of the nation state system and paving the way for one based on city states.

“States prevent human progress. The pandemic got out of control because of the blunders states and their administrators made out of greed for power,” he said.

“In a not-so-distant future, the world will become a federation of city-states — it will realize that it has no other choice. Nations, borders and flags work against the good of humanity during common disasters, as we’ve experienced during this crisis.”

Altan was arrested after the failed coup attempt in July 2016 and accused of sending “subliminal messages” of encouragement during a televised appearance prior to the attempted putsch. He was sentenced to life imprisonment in 2018, but a court ordered his release last November. After a week of freedom, he was detained again when the decision was reversed.