Twitter has purged the blue “verification” checks from the accounts of journalists and podcasters who posted interviews with subjects considered controversial in the ever-narrowing centrist-liberal mainstream.

Mediaite journalist August Takala was stripped of his coveted blue check just an hour after tweeting an interview with former CBS reporter Sharyl Attkisson, he tweeted on Friday to his 4,000-plus followers. The following day, Wrong Opinion podcaster Josh Lekach tweeted that he, too, had had his blue check revoked after interviewing conservative provocateur (and now congressional candidate) Laura Loomer, who is herself banned from Twitter and several other platforms. Lekach has over 18,700 followers.

What do the two commentators have in common? Both interviewed unapologetic thorns in the Democratic establishment’s side. Attkisson, a veteran investigative reporter who now helms Full Measure on Sinclair Media, has long claimed she was surveilled extensively and illegally by the Obama administration – and she told Takala that “many, many others” were also likely spied upon.

“It was only thanks to help from intelligence contacts that I even learned that government agents were spying on me,” Attkisson told Takala. “Otherwise, I never suspected it or would have known.” She believed she drew the attention of the president’s snoops with her reporting on the botched Justice Department gun-running scheme “Fast and Furious,” as well as her investigation into the Benghazi embassy attack in Libya.

Perhaps most importantly – especially amid what President Donald Trump and his supporters have come to call “Obamagate,” the unfolding scandal surrounding Obama’s intelligence agencies spying on Trump campaign officials in the runup to the 2016 election – Attkisson has filed to reopen a lawsuit against several Obama administration intelligence officials, including former US deputy attorney general Ron Rosenstein. Having been tipped off by an anonymous whistleblower, Attkisson charges that while serving as US attorney for Maryland, Rosenstein ordered the “unlawful surveillance and hacking” of Attkisson’s computer and other devices.

Lekach, meanwhile, committed the unpardonable sin of inviting Loomer – who claims to have been banned from not only Twitter and Facebook (which labeled her a “dangerous individual” last year, meaning any mention of her was forbidden), but numerous other platforms including Paypal, Uber, Venmo, and even Chase Bank’s online app – onto his podcast Wrong Opinion to discuss her congressional run. Loomer is taking on several other Republican candidates in the August primary for Florida’s 21st District, with the aim of knocking out Democratic incumbent Lois Frankel.

Loomer became something of a household name for her political stunts, which resemble performance art more than typical activism: running onstage in the middle of a New York performance of Julius Caesar in which Shakespeare’s eponymous character was made to resemble Donald Trump; handcuffing herself to the doors of Twitter’s headquarters to protest her deplatforming; rushing the New York Women’s March to scream that the protest “hates Jews.” She’s also suing Facebook, Google, Apple, and Twitter for allegedly conspiring to silence conservative views, a lawsuit that managed to survive an initial dismissal and ended up before a DC appeals court last month.

The conservative provocateur told Lekach on the offending podcast that Twitter had changed its rules on political candidates as soon as she filed to run for the Florida congressional seat. It had previously allowed all political candidates to use its platform; after Loomer’s filing, those candidates had to win their primary before they would be guaranteed usage.

Twitter has not responded to complaints from Takala or Lekach – or journalist Cassandra Fairbanks, who wrote about their plight for the Gateway Pundit on Monday and sought a comment from the platform’s press office. The social media giant recently updated its terms of service, but nothing in the updated version references verified accounts. 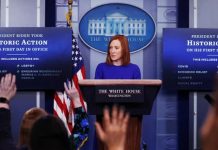 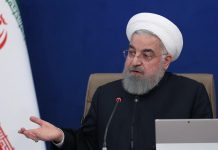