In 2017, bitcoin burst into the global consciousness when it soared from below $1,000 to nearly $20,000. It then just as quickly dropped out of the limelight as it crashed to below $4,000 and investors began to doubt claims that it would become the global currency of the future.

But while bitcoin may have dropped off the front pages, the cryptocurrency itself and the mining industry behind it are very much alive and kicking. Bitcoin miners, which saw a wave of bankruptcies when prices crash in 2018, are expected to return to profitability this year. The majority of those miners will maximize their profits by building their heat-producing mining computers in a cold climate and close to a cheap source of energy. But one innovative company in West Texas is doing things differently.

Layer1, a startup backed by billionaire Peter Theil, set up its operations in one of the hottest states in the country, and now it is making money even when it’s computers are turned off. The secret to this company’s success has been its ability to turn its mining operations into massive bitcoin batteries that will sell power back to the grid when there are demand shocks. In summer, Texas can see a doubling of its peak electricity use, which puts utilities in the state under massive strain. During these peaks, Layer1 will switch off its mining operations and allow its 100mw load to flow to the grid. In return for this service, the company receives an annual premium equating to roughly $17 million. That reduces Layer1’s all-in power price by 75 percent, meaning the company pays just 10 percent of what residential customers would pay for energy. While that may seem like a massive premium to pay as insurance against demand spikes, it remains cheaper for the grid operators than building a new power plant or installing a battery to have on standby.

With an annual energy footprint slightly larger than that of Switzerland, bitcoin miners the world over may soon consider acting as a backup to energy grids that face seasonal spikes. Texas, which is both the largest oil-producing state and the largest wind energy-producing state in the United States has plenty of cheap energy for miners to take advantage of. And with its major electricity demand spikes in summer, it seems bitcoin miners may soon have to reconsider where they are setting up shop. 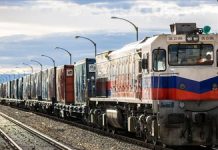 Iran-Turkey railway aims for 1mln tons of cargo in 2021 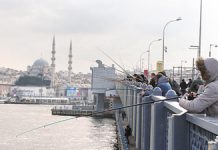