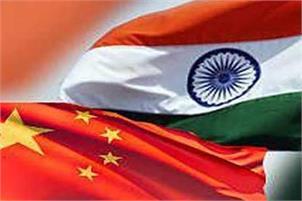 The Chinese government will help arrange special flights for its citizens that are willing to fly home but are stuck in India due to the country’s nationwide coronavirus lockdown, according to a notice the Chinese embassy in New Delhi published on its website on Monday.

The voluntary repatriation plan should be seen as a normal service provided by the embassy to its citizens. Yet, some Indian media outlets have intentionally linked the normal operation to the recent border tension between China and India in the Galwan Valley region, fueling a new round of irresponsible speculation that China may be preparing for an escalation of the border disputes.

It is entirely justifiable that the Chinese government would help its citizens return to their home country, given the difficulties in the aviation industry. India banned all incoming international flights in late March, and its ongoing coronavirus lockdown has stranded students, tourists and businesspeople in the country for some time. On Monday, India became the 10th worst-hit country in the COVID-19 pandemic, with its number of coronavirus cases totaling nearly 140,000. Thus it is far-fetched and misguided to link the embassy’s normal response with the border situation, which will do nothing but exacerbate distrust and antipathy toward China among the Indian public.

Still, any attempt to deepen the misunderstanding between the two countries’ peoples is extremely inappropriate at present. As a result of coronavirus shocks and other structural trade factors, China-India economic and trade exchanges are already stuck in an awkward situation. For instance, after changing its foreign direct investment policy to block potential takeovers from Chinese companies, the Indian government is reportedly considering clamping down on Chinese investors’ access to the Indian market.

The Indian economy is now suffering from its economy-crippling lockdown, which is expected to lead to a significant economic contraction in the second quarter. And India’s poor are facing an increasingly severe threat of famine. Against such a backdrop, it is conceivable that hyping border tensions at this juncture will flare up nationalist sentiment and increase domestic hostility toward Chinese capital, putting unnecessary pressure on bilateral trade and dealing a further blow to the Indian economy already plagued by downturn woes.

China clearly has no intention of escalating the border disputes with India, so its assistance to its citizens should not be over-interpreted. China-India relations have been developing in a zig-zag pattern due to the complicated geopolitical situation, and the border issue may only be one of their problems. However, that should not change the overall improvement of their bilateral economic and trade ties.