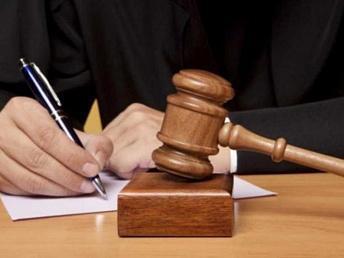 YEREVAN, May 27. /ARKA/. The European Court of Human Rights (ECHR) has announced the ruling in the case of Makuchyan and Minasyan v. Azerbaijan and Hungary, which finds Azerbaijan guilty of violating the European Convention for the release of Azerbaijani officer Ramil Safarov, who had axed to death Armenian army officer Gurgen Margaryan in Budapest in 2004.

The ruling, posted on the ECHR website, says it is impossible to justify the failure of Azerbaijan to implement a prison sentence for hate crimes based on ethnicity. Baku is also condemned for pardoning, promoting and rewarding Safarov after his extradition from Hungary.

At the same time, according to the decision of the European Court, responsibility for the crime committed by Safarov was removed from Azerbaijan. It is also indicated that Hungary could not know that Azerbaijan intended to pardon Safarov and release him from prison.

According to the ruling, Azerbaijan is obliged to compensate legal expenses for the plaintiffs – relatives of Margaryan and his colleague Hayk Makuchyan – in the amount of 15 thousand pounds (about 8.9 million drams). The plaintiffs did not claim any financial compensation for themselves.

On 19 February 2004, Ramil Safarov murdered Gurgen Margaryan while he was asleep by decapitating him with at least twelve blows of an axe. Then Safarov tried to break down the door of another Armenian officer Hayk Makuchyan’s room yelling “Open the door, you Armenian! We will cut the throats of all of you!” He was ultimately stopped by the police who had meanwhile arrived at the scene.

Armenian officers and Safarov were in Budapest for English courses under the NATO Partnership for Peace program.
On April 13, 2006, the Budapest Court sentenced Safarov to life imprisonment without the right to pardon for 30 years. In February 2007, the Court of Appeal upheld the sentence. However, in 2013, Hungary extradited Ramil Safarov to Azerbaijan, where he was pardoned by President Ilham Aliyev and promoted.