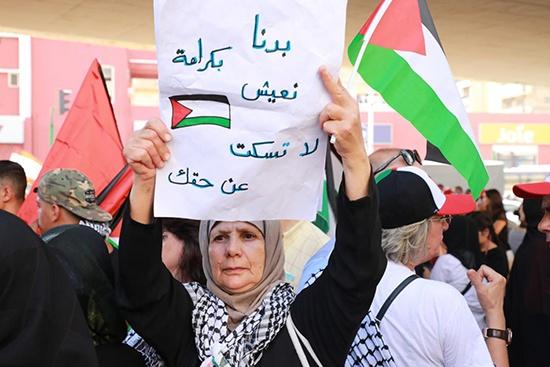 Opinion: It is a mistake to believe that the Palestinian population is indifferent to Israel’s looming plans for swathes of the territory and the military is preparing for different levels of conflict, from another civil uprising (intifada) or all-out war

In two weeks time, while Israel is still in the throes of the coronavirus pandemic and its economic fallout, the IDF Central Command will be placed on high alert – preparing for armed conflict with the Palestinian Authority, Palestinian security forces, local terror cells and large numbers of demonstrators.

Anything is possible given the anticipated announcement by the Israeli government that it is annexing parts of the West Bank and the Jordan Valley.

All possible scenarios are being translated into combat readiness as the army plans for varying degrees of violence – ranging from a popular uprising (intifada) to all-out confrontation.

Incredibly, the Israeli public conversation has ignored the looming annexation. Some refuse to believe that the government would take such a step given the warning from the Trump administration against doing so without negotiations with the Palestinians.

Some believe the government would suffice with a declaration but no action on the ground, or that the annexation would encompass only the small cluster of settlements along the pre-1967 borders (Green Line), which would likely remain in Israeli hands as part of an agreement.

Either way, they are kidding themselves.

The Palestinian public has a very different take on the situation. What some in Israel may see as indifference on the Palestinian street could quickly change.

Israel’s security establishment is taking the risks seriously. The Shin Bet security service and the IDF are monitoring the PA and its population and preparing themselves for diffifult days ahead.

The military has just completed a series of exercises involving large troop deployments. Commanders have been briefed and tens of thousands of soldiers in regular and reserve units are being prepared to deploy at the first sign of violence.

IDF Chief of Staff Aviv Kochavi recently visited troops in the Central Command, met with commanders and signed off on battle plans. IDF intelligence and operational chiefs have been meeting with the field commanders on a regular basis to stay on top of events.

There had been a distinct drop in incidents of terror recently, but that can be attributed to the coronavirus pandemic and Eid al Fitr, the holiday at the end of the holy month of Ramadan. That has now changed and more attacks have taken place.

Israeli and Palestinian officials have had no contact since Palestinian President Mahmoud Abbas’ announcement last Thursday that he has severed security ties with both Israel and the United States.

This does not bode well. Unlike past threats made by the Palestinian president, his declaration last week came at a time of dire economic circumstances and as his population chafes at restrictions to travel, worship and commerce due to the pandemic.

They are also fed up with the corruption of their leaders, who have usurped the funds given to them in order to fight the virus for their own ends.

A high rate of unemployment is exacerbating the situation and adding to possibly Palestinian motivation to launch attacks against Israelis.

If the number of Palestinian workers allowed into Israel returns to pre-pandemic figures, officials may see some chance that violence can be avoided.

Military sources have expressed the hope that the cooperation with their Palestinian counterparts could resume. But if it does, it will only last until July 1, when the promised Israeli annexation gets underway.