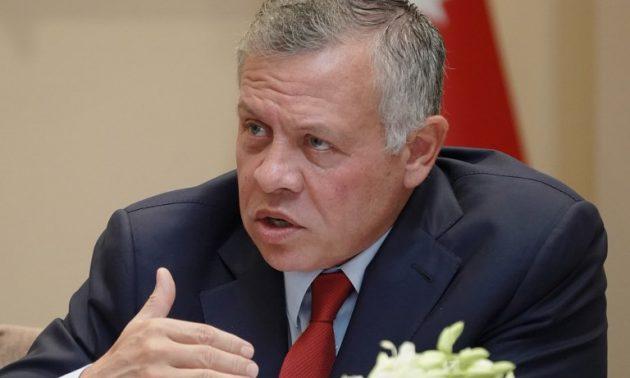 The planned annexation of the Jordan Valley in the occupied West Bank presents a dilemma for the neighbouring kingdom.

By Mohammad Ersan in Amman- MEE
“If Israel really annexed the West Bank valley in July, it would lead to a massive conflict with the Hashemite Kingdom of Jordan.”

This was the unprecedented threat by Jordan’s King Abdullah II during an interview earlier this month with German newspaper Der Spiegel.

As the unity government of Israeli Prime Minister Benjamin Netanyahu is gearing up to begin formally annexing parts of the occupied West Bank along the border with Jordan, the neighbouring kingdom is faced with the heavy question of how to respond to the move.

There is no clear script for the Jordanian monarch, as the kingdom finds itself having to balance its political and diplomatic positions with more pragmatic concerns.

Options on the table

In his interview with Der Spiegel, King Abdullah stated that his country was considering “all options” in response to Israeli annexation – a move deemed illegal under international law.

“I do not want to make any threats and create an atmosphere of controversy, but we are considering all options… We agree with many countries in Europe and with the international community that the law of the fittest should not apply in the Middle East,” he said.

Following the 1948 war, Jordan ruled over the West Bank until Israel occupied the Palestinian territory in 1967. Jordan remains the custodian of Muslim and Christian holy sites in occupied East Jerusalem until this day.

The announcement by the unity government of Netanyahu and former rival Benny Gantz – who will serve as premier following Netanyahu’s 18-month tenure in the role – that it was planning to annex the Jordan Valley has become a serious dilemma for Jordan.

Encompassing roughly a third of the West Bank, the Jordan Valley runs all along the border with Jordan. Should the territory be annexed into Israel, this would mark a possible new threat to Jordan’s national security.

“The king’s statements are clear: the annexation of the Jordan Valley will cause a clash between Israel and Jordan,” Jordanian Minister of Media Affairs Amjad Adaileh told Middle East Eye.

“We will not deviate from this issue and we will not forget the Palestinian cause. Our position is clear and has been well articulated by King Abdullah II.”

But what kind of action did the king have in mind? As Palestinian Authority (PA) President Mahmoud Abbas has threatened to fully suspend its adherence to the 1993 Oslo Accords, some politicians and military analysts are suggesting that Jordan suspend its 1994 Wadi Araba peace treaty with Israel.

For Major General Mamoun Abu Nawwar, a retired Jordanian air force pilot, “Jordan has no option except to abrogate the peace treaty with Israel if it annexes the Jordan Valley and settlements.”

“Jordan is in a difficult position and annexation would be an undeclared declaration of war on Jordan,” he told MEE. “I expect that it might be best if Jordan ends the Wadi Araba treaty, and this will mean the cancellation of security, military and economic agreements as well.

“This would be a big geopolitical shift for Jordan within the balance of power in the region.”

Abu Nawwar rejected Israeli claims that annexing the Jordan Valley was necessary to defend itself from outside aggression.

“Israel’s justification that it needs the Jordan Valley to host early warning equipment is not accurate,” he said. “Iran and even the Houthi (rebels) in Yemen are able to attack the heart of Israel with cruise missiles without such warning sites stopping them.”

Meanwhile, Jordanian expert in Israeli affairs Ayman Hunaiti told MEE that Jordan could take the legal route and go to the Israeli High Court. “This could be part of a move by Jordan,” he said.

While some are hoping and advocating for a strong Jordanian response, others believe Jordan will not escalate the situation beyond its usual criticism and possible downgrading of diplomatic relations.

The constitutional court of Jordan ruled on 12 May that international agreements are above national law, and therefore treaties such as the one from 1994 cannot be abrogated by the Jordanian parliament.

Recalling a diplomatic incident in 2017 following the killing of a Jordanian citizen by a guard in the Israeli embassy compound in Amman, Abadi said: “The embassies in Amman and Tel Aviv left two ambassadorships empty for months before Israel apologised and compensated the families of the victims financially.”

The former deputy premier added that Jordanian officials needed to consider Jordan’s interests – such as the country’s access to water, energy sources, and financial aid – before making any moves.

Jordanian figures speaking to MEE broadly expressed their concern that the annexation of the Jordan Valley would constitute a serious threat to Jordan’s national security because it would spell an end to all attempts at creating a viable Palestinian state with East Jerusalem as its capital as part of a two-state solution long touted by the international community.

Abadi said there were some fears that Jordan, which hosts over two million Palestinian refugees, would face a new influx of refugees – this time with no hope of return.

Meanwhile, MEE has learned that Jordanian and Palestinian authorities are in contact to coordinate their response to the annexation process.

Should Jordan and the PA agree to stand shoulder to shoulder, this could spell the simultaneous voiding of the Wadi Araba treaty and the Oslo Accords, Abu Nawwar said, stating he expected that “any annexation will result in dissolving the Palestinian Authority and the cancellation of the Oslo peace deal”.

But Abadi told MEE he wasn’t certain Jordan would go this far.

“A realistic look at the Arab world doesn’t bode well for making Israel an enemy, nor is now the right time to clash with the United States,” he said.

“The region is on fire, there is no Arab support and the economy is in tatters. This means that Jordan can’t do more than protest Israel’s moves and lead an international campaign against them.”

King Abdullah’s words have certainly caught the attention of the US administration of President Donald Trump, a staunch supporter of Israel.

“We understand that the king expressed his concern and it is for this reason that we consider it important to return to the vision of President Trump for peace,” US State Department spokesperson Morgan Ortagus said during a press conference on Friday. “All parties should agree to sit at the negotiating table and work out the execution of this peace plan.”

Trump’s Israeli-Palestinian plan – colloquially known as the “deal of the century” – has been categorically rejected by the Palestinian leadership and widely panned for adopting most demands of Israel’s right-wing government while offering disjointed islands of territory for a prospective Palestinian state with no sovereignty over its borders and airspace.

Hunaiti, the Israeli affairs expert, pointed out that the Israeli government’s latest move was met with US support.

“The US has given the green light for the annexation of the Jordan Valley in exchange for a deal that Netanyahu and Pompeo agreed to – namely that Israel stops its cooperation with China on technological issues so that US military secrets are not leaked to China by Israel,” he said.

‘The official Jordanian position can’t be to act as a bystander and take cosmetic actions. There has to be a strong movement led by Jordan’

Meanwhile, former foreign minister and Jordan’s first ambassador to Israel, Marwan Muasher, said the Hashemite kingdom could not readily count on the support of other Arab states should it take action in response to annexation.

“There is a gap between the positions of different Gulf states when it comes to annexation, which will kill the two-state solution,” said Muasher. “The Arab reaction is disappointing, as there is cooperation between Israel and some Arab states on the Iranian issue. But despite the official opposition we hear from Arab countries, there is no evidence of any serious movement by states or even by the Arab League to confront the Israeli plans to annex the [Jordan] Valley.”

Muasher argued for Jordan to take the battle onto the diplomatic stage.

“Jordan can lead diplomatic efforts on different Arab and European fronts and within America’s decision-making corridors. In Congress and even within the Trump administration, Jordan has friends who can be approached and made to understand how devastating annexation will be to the peace process.”

Whatever the outcome, the former ambassador said, Jordan cannot stand idly by.

“The official Jordanian position can’t be to act as a bystander and take cosmetic actions. There has to be a strong movement led by Jordan.”