Protests grew increasingly tense in Minneapolis on Wednesday, and looting was reported, as outrage grew over George Floyd – whose death in police custody was recorded on video that went viral.

Fox News’ Mike Tobin, reporting live from the scene, was caught in the crossfire and said he felt pepper spray get into his eyes.

“Some of the flashbangs have been deployed, primarily from the police on the rooftop,” Tobin said at one point, standing with a news camera and microphone between the lines of protesters and police officers.

Video of the protest showed a line of police slowly backing away from a Minneapolis intersection as protesters continued to move forward, carrying signs and chanting “I can’t breathe.”

Loud bangs can be heard periodically throughout the live shot. The ground was littered with bottles that Tobin said protesters had hurled at police.

The police on the ground, carrying their bicycles like shields along with Tasers, pepper spray and tear gas, received cover from a garrison of officers on the nearby rooftop of the department’s 3rd Precinct, armed with tear gas launchers.

The protesters want charges filed against the officers involved in Floyd’s death.

Nearby, the scene resembled a riot, with looters striking at a Target store off East Lake Street, which is near the precinct building, according to Fox 9 Minneapolis-St. Paul.

“This is awful out here,” tweeted Karen Scullin, one of the channel’s weekend anchors. “No police. Looting continues.”

She posted video that showed a mob of people, many of them in masks, at the front of the store. Looters made off with items ranging from TVs to clothing and even groceries, the outlet reported.

In the video that prompted the protests, Floyd pleaded for his life and said he couldn’t breathe. Numerous bystanders implored the police to take the pressure off of his neck and check his pulse.

He was unconscious by the end of the clip, which is several minutes long. Medics arrived in an ambulance to load him onto a stretcher, and he appeared limp. He was later pronounced dead.

Lawmakers on both sides of the political spectrum have voiced concerns over the video, with President Trump tweeting Wednesday night that he had requested the FBI to open an investigation in Floyd’s death.

“My heart goes out to George’s family and friends,” Trump wrote. “Justice will be served.”

In the suburban community of Oakdale, photos show that protesters rallied near the home of former Minneapolis police Officer Derek Chauvin – one of four cops the department fired this week after Floyd’s death. Other protesters rallied outside the county prosecutor’s home.

Chaos also broke out in the city on Tuesday night, prompting police to respond with rubber bullets, tear gas and stun grenades, according to local reports.

Despite the protests, Minneapolis Mayer Jacob Frey is among the people who have called for charges to be brought in the case.

“If most people, particularly people of color, had done what a police officer did late Monday, they’d already be behind bars,” he tweeted Wednesday. “That’s why today I’m calling on Hennepin County Attorney Mike Freeman to charge the arresting officer in this case.”

Fox News’ David Aaro and the Associated Press contributed to this report. 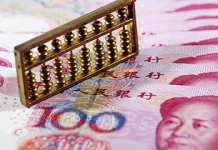