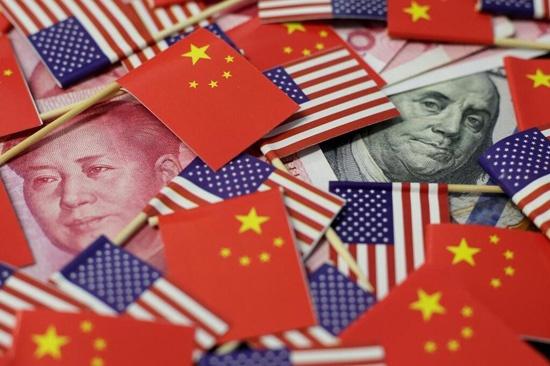 US President Donald Trump warned on Tuesday that his administration could react strongly against China’s push for a national security law for the Hong Kong Special Administrative Region (HKSAR). As the SAR has apparently set off a new round of tussles between the world’s two largest economies, many fear that the city could risk losing its special status as a global trade and financial center.

Fundamentally speaking, Hong Kong is a special administrative region of China, and legislation of its law is purely an internal affair of China, so the US intervention in Hong Kong affairs has no legal basis and tips China’s bottom line.

There is growing speculation that the US’ strong response may open a new front in the US-China confrontation, which could escalate into a “financial war” and lead to regrettable economic repercussions.

A financial war is very different to the exchange of trade sanctions. Punitive trade measures may target a country’s trade sectors or companies, but it is hard to punish a country’s financial market precisely. This is because finance and capital have no boundaries. As an international financial center, Hong Kong’s capital market is intertwined with the rest of the world. A blow to Hong Kong would inevitably spread to the Chinese mainland, Southeast Asia, and even to the Asian and global markets, triggering a fresh wave of risk. And that’s the last thing the world, already hit hard by the coronavirus pandemic, needs at this juncture.

Moreover, undermining the global financial system could have a boomerang effect, inflicting even greater pain on US interests. One significant backfire would be that the US’ immoral behavior is translated into actual economic losses and damage to the country’s international credibility.

Unfortunately, the Trump administration may choose to turn a blind eye to the loss even as it appears to try to protect the interests of its own investors from the upcoming financial war. Obviously, the interests of its allies are not in its consideration. If Trump takes on China in the financial field, he would roil the global markets as such a war would certainly go beyond Chinese and US markets. No developed countries could shelter their open financial systems from the shocks. The Trump administration needs to think about consequences before taking any reckless moves, because no one knows how fast market risks could spread and what crisis they may cause.

And it should be made clear that if Trump insists on initiating a financial war with China, China won’t sit back and take the hit. Foreign Ministry Spokesperson Zhao Lijian said on Wednesday that China will take necessary measures to counter the outside forces that wrongly interfere in Hong Kong’s affairs. The trade war has already shown that China always has the ability to counterattack under the principle of reciprocity. Of course, China will do its best to avoid involving other countries into a potential financial war initiated by the US.