When we think of Texas, we think of Big Oil. Even more so in its largest city, Houston. Home to some of the world’s largest private energy companies, Houston lives and dies on oil. But it is also the biggest buyer of….renewable energy.

The city of Houston has committed to purchasing 100% renewable energy as a part of a renewed collaboration with NRG Energy. Throughout the seven-year agreement, the city predicts seeing the cost of electricity for the community falling, resulting in $9.3 million saved every year.

This new deal is just the most recent in a string of initiatives helping to push the city in a more eco-friendly direction. In addition to the renewables pledge, the city is also building new bike lanes and encouraging the use of electric cars. It’s even proactively courting Elon Musk to move Tesla Inc. and SpaceX to the “Space City” in hopes the offer will help other businesses see Houston for what it really is, rather than simply the global capital of the oil & gas business.

The strategy also looks to expand Houston’s investments in its own renewable resources, with the goal of powering the city with 100% renewable energy by 2025, rather than purchasing it. Houston is currently the biggest customer of renewable energy in the country, according to the United States EPA.

Houston’s chief sustainability officer Lara Cottingham explained, “As a city, we have a really long and strong history of sustainability. From a sustainability perspective, we’ve been the largest municipal user of renewable energy for some time now.” 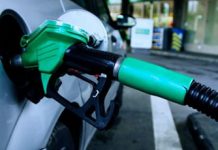