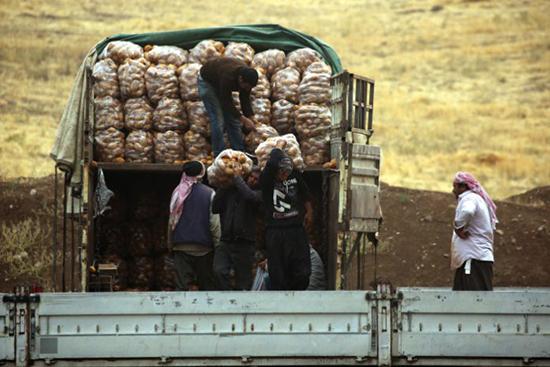 Turkey’s exports tumbled nearly 41 percent in May and the trade deficit widened sharply under the impact of the coronavirus pandemic, data indicated on Tuesday, but the trade minister said the worst was over as exports rose month-on-month, Reuters reported.

Trade with some of Turkey’s main partners in Europe and the Middle East slumped as the coronavirus spread across the globe. Exports, a key source of foreign currency for Turkey, began dropping sharply in March.

Turkey’s trade deficit for May widened by 78.7 percent year-on-year to $3.36 billion.

Shortly before the data were released, Trade Minister Ruhsar Pekcan said exports rose 10.8 percent month-on-month in May, despite fewer working days due to religious and national holidays.

“The worst for exports is behind us. We are beginning to recover,” she said, adding that the recovery would continue in June as Turkey relaxes lockdown measures against the pandemic.

Separate data on Tuesday showed sales of passenger cars and light commercial vehicles fell 2.4 percent year-on-year in May but rose 20.4 percent over the first five months of the year.

The market halved in size in the same period last year, when the Turkish economy fell into recession.