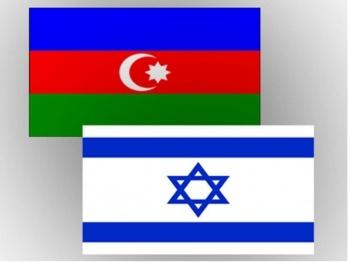 What exactly affords Azerbaijan’s superagers the ability to keep on living?

As coronavirus-induced mortality rates feature persistently in the nightly news, life feels more fleeting and fragile than before. Yet Israeli and Azerbaijani researchers are among those investigating the secrets behind longevity.

High in the mountain forests of Eurasia’s Caucasus region and down in the leafy lowlands of Azerbaijan, clusters of “superagers” — generally those age 90 and above — have inspired generations of documentarians and scientists alike to plumb the mysteries of living a long life.

Storytellers long have circulated tales of groups of Azerbaijanis living to be more than 120; a museum in the city of Lankaran honors the country’s “long livers.” Since the 1970s, Azerbaijan’s overall life expectancy has settled into the global-average range of 71. Still, an unusual number of Azerbaijanis, primarily in remote areas, have overwhelmingly defied the average.

What exactly affords Azerbaijan’s superagers the ability to keep on living?

A growing number of scientists consider aging to be a “preventable condition” that can be addressed by gene therapy. Such an approach contrasts with the medical community’s traditional focus on the risk factors that pose impediments to long life. Lessons to be learned from Azerbaijan and elsewhere may contribute to our ability to prolong life.

The New York-based Albert Einstein College of Medicine’s Dr. Nir Barzilai, an eminent leader in longevity research, has not personally examined the Azerbaijani case but points to his long-term research on Ashkenazi Jews in discussing the issue of clusters.

Israeli-born Barzilai, founding director of the college’s Institute for Aging Studies and scientific director of the American Federation for Aging Research, has identified or corroborated longevity-associated gene markers that include the cholesteryl ester transfer protein gene (CETP). In one form, CETP correlates with slower memory decline, lower dementia risk, and significant protection against heart disease. CETP’s appearance is affiliated with higher “good cholesterol” (HDL). Scientists and pharmaceutical companies such as Merck have looked to CETP and other identifying markers as means to interrupt age-related diseases.

Barzilai’s study of the largely homogeneous Ashkenazi Jewish population has revealed shared genetic elements resulting in patterns. The research has helped Barzilai and others develop mitochondria-based therapeutics for diseases associated with aging.

Lifestyle matters, scientists and laypeople generally agree. Whether it be taking daily walks or turning off the news, people who live a life focused (but not overly focused) on healthy habits tend to live longer.

Dr. Anatoly Khaimovich Rafailov, a surgeon with more than 40 years of experience who leads the Azerbaijan-Israel Inter-Parliamentary Work Group in the Azerbaijani Parliament, attributes the high life expectancy in some regions of Azerbaijan to two factors. “First: the residents of those regions widely use Berberis (Barberry) in their everyday meal. The anti-oxidant, anti-inflammatory, and other healing properties of Berberis are well-known since ancient times,” he says. “The second factor is that people there are very active physically — daily, they walk about 18-20 kilometers (11-12 miles). And motion is life.”

Many Azerbaijanis cite a diet centered on unprocessed, organic foods and a lack of involvement in harried debate as keys to long life. Dr. Tahir Amiraslanov, president of the Azerbaijan National Culinary Association and editor-in-chief of the Kulina scientific journal, says, “People eat what they grow, use clean water and fresh air, live in a house with a large, multigenerational family, and overall live a natural life and try to do good things.”

Professor Ulduz Hashimova, director of the Institute of Physiology at the Azerbaijan National Academy of Sciences in the country’s capital of Baku, shares that her institute has made understanding superaging an institutional priority for several years. The institute’s comprehensive research has spanned disciplines, from genealogy to ecology, neurology, biochemistry, and beyond. Most published works deriving from this effort are written in Russian, which may partially explain the West’s general lack of familiarity with this research.

From the pandemic to the future

Azerbaijan has fostered significant partnerships in the humanities and other disciplines, and the West is building an understanding of Azerbaijani culture and contributions. Amid the pandemic and in the coming years, the US scientific community may look to Israel and Azerbaijan — who are partners in technical and other arenas — for breakthroughs in the understanding of aging.

The Azerbaijani superaging phenomenon may also be of particular interest to social scientists, given major societal changes during the past century. Consider this: Someone over the age of 100 might have witnessed what is now the Republic of Azerbaijan as a portion of the Russian Empire, a part of the early Azerbaijani Democratic Republic, and as an S.S.R. of the Soviet Union.

As societies become increasingly heterogeneous, we can learn from families and communities with shared characteristics. We may unlock more life-extending therapies. Meanwhile, as research progresses, we can make the lifestyle changes already identified as keys to longevity.