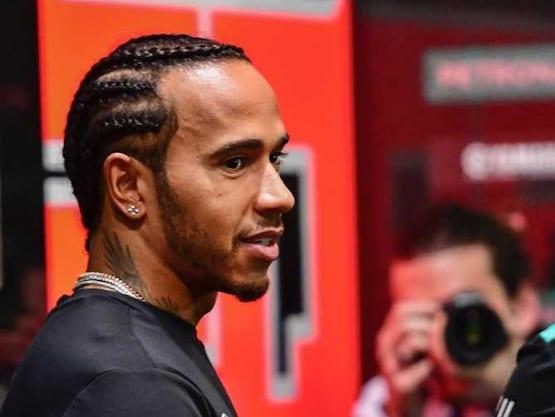 The Mercedes team principal, Toto Wolff, has praised Lewis Hamilton as an ambassador for Formula One in speaking out against racism. Wolff said he knew that race is an issue Hamilton has always had to deal with and that it has informed the driver’s anger at the killing of George Floyd.

Hamilton has been vocal on Instagram over the past three days. He condemned his fellow drivers for their silence on the events in the US and on Tuesday wrote an impassioned denunciation of racism, stating that he had been “overcome with rage” after Floyd’s death. Wolff said Hamilton, who is the only black driver in F1, was making a difference in the fight against racial inequality.

“All of us have the power to make a change,” Wolff said. “Sometimes it needs events like the ones that happened in the US a few days ago to trigger a massive wave of support for any minority. It is good that Lewis as a sport superstar is the one up front on it in our sport that is dominated by white males.”

Wolff joined Mercedes in 2013, the same year Hamilton first drove for the team, and they have forged a close relationship. He was not surprised his driver spoke up to denunciate racism.

“We know Lewis is always a strong supporter of any minorities,” he said. “He once asked me: ‘Have you had the active thought that you are white?’ I said: ‘No, I have never thought about it,’ and he said: ‘I need to think about it [my colour] every day because I am being made aware of it.’

“It is difficult for us to comprehend how difficult that is, and therefore I am happy and supportive that he has spoken out, that he is vocal, that he is one of the ambassadors of this sport.”

Hamilton has won six world championships, five of them with Mercedes, but he has not yet signed a new contract with the team beyond this season. Wolff said talks would begin when racing resumes in July and that he did not anticipate a deal taking long to secure. He also said the team would not rule out signing Sebastian Vettel, whose contract with Ferrari ends this year.

Mercedes want to keep Hamilton but his teammate Valtteri Bottas is only on a single-year contract. Wolff said they were considering every option.

“I do not want to discount Sebastian because who knows what happens in the next six months,” he said. “We owe it to him as a four-time world champion not to come out straight away and say no. We need to think about it.

“We have a fantastic lineup. I am very happy with both our pilots and [Mercedes junior] George Russell but you never know one of them may decide that he doesn’t want to go racing any more and suddenly you have a vacant spot. That’s why I don’t want to say: ‘No chance Sebastian is not racing for us.’”