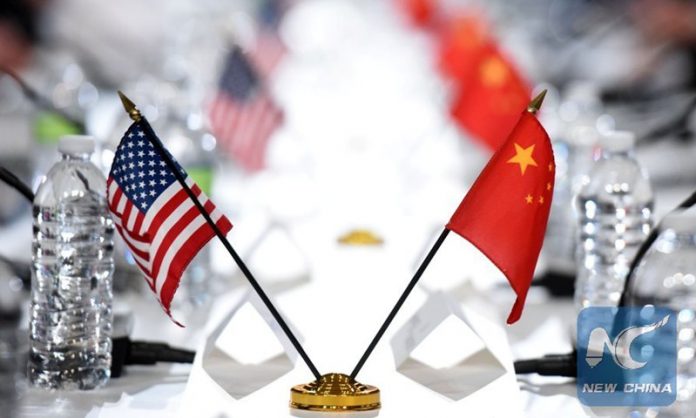 Taiwan regional leader Tsai Ing-wen delivered her so-called inaugural speech on May 20 to commence her second term. How will Washington’s increasing support to the island affect the Taiwan Straits situation? Will a military clash break out between the world’s two largest economies over the island? The Global Times (GT) reporter Lu Yuanzhi invited Douglas Paal (Paal), Distinguished Fellow at the Carnegie Endowment for International Peace of the US, and Jin Canrong (Jin), the associate dean of Renmin University of China’s School of International Studies in Beijing, to share their insights on these issues.

GT: US Secretary of State Mike Pompeo publicly congratulated Tsai Ing-wen on her second term. On May 20, The Trump administration announced that it was planning to sell  $180 million worth torpedoes to Taiwan. The US also bolstered the island’s participation in the World Health Assembly. Obviously, the US is increasing its support for Taiwan. What do you think of this trend? The Trump administration seems to pushing another high stakes game in playing the Taiwan card. How will this impact the Taiwan Straits situation?

Paal: Even before the Trump administration came to power, there has been a dual faceted policy toward the island of Taiwan from him. Many in his government want to elevate US relations with Taiwan in every way possible. Some want to use Taiwan as a cudgel against the Chinese mainland and its influence. Strangely, Trump himself seems not to share this view. He seems to view Taiwan as a “small country,” small market, and maybe even tradable in negotiating business deals. This duality seems to have kept lower level officials from crossing really sensitive redlines in the long established ambiguities prevailing in US-Taiwan-Chinese mainland relations. I don’t think all current American officials appreciate how sensitive and explosive this issue is. In fact, I believe some think it will help bring the Chinese government down. So the situation devolving into a major crisis has low probability, but potentially high consequences.

GT: What is the position of Trump administration’s Taiwan policy in the US’ grand strategy toward China? Will it continue in the future?

Paal: This is unclear beyond noting that some in the administration believe having Taiwan on its side is an asset in containing the mainland.

GT: Many believe China-US ties are entering the worst period since the establishment of diplomatic ties 40 years ago. Risks of a military clash breaking out in the Taiwan Straits are rising. In an interview with Global Times this past January, you said, “it’s impossible and the US has no interest in getting into a conflict [with China] over Taiwan.” Do you still hold such a view now?

Paal: The US has no interest in having a war in the Taiwan Straits. That has been true since 1950, and every administration since then has tried to finesse the relevant issues. But the US interest and Trump’s calculations are two different things. For example, in the middle of a global pandemic, the US has no interest in losing a role within the WHO, but Trump is trying to withdraw from it.

GT: As China-US relations are deteriorating, is the balance maintained between the two countries on the Taiwan question over decades being broken?

Paal: Close, but we are not there yet. I trust the Taiwan authorities are too smart to get dragged into something that will change the status quo at the expense of Taiwan’s autonomy and quality of life.

GT: From the perspective of China, the US has been constantly testing China’s bottom line on the Taiwan question. Do you think the US will finally break through the one-China principle?

Paal: Again, I don’t know. The past week, after the National People’s Congress, has seen wild things said, but cautious things being done, or incautious things not done. The gap between rhetoric and action is wide.

GT: You have advised Taiwan to “keep a low profile” amid the China-US conflict. Against the backdrop of ramping up rivalry between the two countries, what do you think Taiwan should do to avoid drawing fire?

Paal: Taiwan, in my view, should stick to advocating its own interests, including international participation and acknowledgement, autonomy at home, lessons in good governance, especially concerning epidemics, and sound economics. None of those is compatible with becoming a spear-head for America’s brooding conflict with China. If US officials want to send videos to Taiwan ceremonies, why would Taiwan want to reject them? If the US wants to send the 7th fleet into Taiwan’s waters, in the absence of a Chinese mainland attack, Taiwan should ask why and to what purpose?

GT: Where do you think the cross-Straits relations will head for during Tsai’s second term?

Paal: The language used in Tsai’s inaugural address on May 20 signaled to me very clearly that she is maintaining the basic official line of status quo, despite its many uncomfortable aspects.

GT: It is not news to see Washington play the Taiwan card. But after President Trump took office, the US has been provoking China with the Taiwan question more frequently. Do you think the US can effectively contain the mainland by playing the Taiwan card?

Jin: The rise of China depends on our own economic development. As long as we stay on track, no outside force can stop us from growing stronger. It is just a matter of time before China surpasses the US in terms of comprehensive national strength. From this perspective, no matter what card the US plays, it cannot change the general trend of China. So, practically speaking, the Taiwan card is useless.

GT: You once said the US is becoming bolder in terms of the Taiwan question, leading to a riskier situation in the Taiwan Straits. As China-US competition intensifies, what’s your take on the possibility of military conflicts between the two countries due to the Taiwan question?

Jin: The island of Taiwan has been used by Washington as a chess piece to contain China’s development. The US used to have a bottom line, but now it is becoming increasingly radical due to fears of a rising China. Washington is not as confident as it was. It once believed that it would undoubtedly win the game with China. But now it has become scared and is using all the tools at its disposal to contain China. As US elites’ hostility toward China deepens, they might possibly cross China’s bottom line. Given Tsai’s intention to change the status quo, the cross-Straits situation could become increasingly risky.

GT: Do you think the US will finally break through the one-China principle?

Jin: The US has threatened China with the Taiwan question. Although Washington has signaled to strengthen “diplomatic” relations with the island, the US won’t really do that. But the US Congress has passed various acts related to Taiwan, many articles of which violate the one-China principle. Normally, the US won’t go that far, but given irrational and the reckless moves of Trump and his administration, the possibility of the US crossing the redline is increasing. Therefore, the Chinese central government must be prepared for escalated confrontations.

GT: What countermeasures can China take?

Jin: The Chinese mainland wishes to see a peaceful reunification with the island. And we always prefer stable relations with the US. But if Washington and the island of Taiwan cross the line and push the mainland into a corner, we will launch counterattacks. We have plenty of measures to do so, including a military solution to the Taiwan question. We can see in this year’s government work report that reunification rather peaceful reunification is emphasized. This to some extent shows the mainland’s will to settle the Taiwan question, even it has to use military force.

GT: With unprecedented support of the US, secessionist forces on the island of Taiwan have been taking the chance to provoke the mainland. Where do you think the cross-Straits relations will head for during Tsai’s second term?

Jin: From Tsai’s speech on May 20, we can see that she has kept a low profile but a tough stance. She intends to promote amending relevant local laws to realize secession. This is a very dangerous move, reflecting her attempts to change the status quo. Besides, Tsai mentioned enhancing military power. This further tilt toward the US will widen the distance with the Chinese central government. In a low profile way, she is actually pushing for secession of the island. This could endanger cross-Straits relations in the following four years.

GT: You said the Chinese mainland is accelerating its military preparedness. In what circumstance will the mainland resort to military means? Which side will take an upper hand once there are military conflicts?

Jin: It depends on whether Washington and the island’s authorities cross the bottom line. Actually, the Chinese central government can launch attacks whenever it wants and the result will be in favor of the mainland. Within the first island chain, the Chinese mainland faces no rivals.