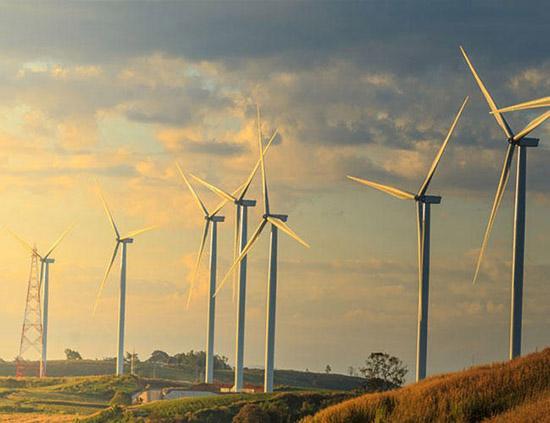 European supermajors have been all but shouting about it: they are diversifying into renewable energy, and they will all be net-zero companies by 2050, in line with Paris Agreement targets.   But who will get there first?

Shell, BP, and Total have all been pretty active in the renewables department in the past few years, with motivation flowing in from investors who want to see a more sustainable business that will continue to maintain strong dividends wherever oil prices go, from governments pushing for cleaner energy, and from environmental activists pressuring Big Oil into taking responsibility for its carbon footprint. So, how have they been doing?

Last year, the Anglo-Dutch supermajor revealed plans to become the world’s largest utility by 2030. What’s more, it made it clear that as the largest utility, it would rely on a mix of energy sources, from gas to renewables.

Indeed, over the last year, Shell has been actively investing in all sorts of electricity ventures, including acquisitions of gas suppliers and distributors, but also investments in solar and wind power projects. Notable among them were the 804-MW Mayflower offshore wind project that the authorities of Massachusetts approved last year and the 120-MW solar farm that Shell said earlier this year it would build in Queensland—its first utility-scale renewable project in Australia.

It is telling that when oil prices crashed in March and Big Oil had to start revising spending plans, Shell announced cuts in its core business—and in dividends—but almost no changes in its so-called new energy business. CEO Ben van Beurden noted that the gas and new energy division would bear a quarter of the total investment cuts, but the new energy segment would see little change to investment plans.

But is this enough?

BP on the reinvention path

In its first-quarter report for this year, BP said it would reduce its annual capex by 25 percent to $12 billion. Of this, $1 billion would come from downstream operations and the rest from the upstream segment. “Meanwhile our investment in low-carbon activities remain unchanged, and in 2020 we expect to invest around $500 million,” chief executive Bernard Looney said.

Looney said in March that over the coming years, BP would be increasing investments in low and no carbon projects while reducing investment in oil and gas. The scales will be moving, and in a few decades, if the company sticks to its plan, its core business may no longer be its core business, as unbelievable as this may sound.

Like Shell, BP plans to be a net-zero energy company by 2050. Unlike Shell, BP’s emission reduction goals are more modest, at 50 percent of the total emissions produced by the products the company sells. Yet BP is no less ambitious than its peer: it has a substantial presence in biofuels and solar, as well as wind. BP is also investing in energy management, arguing such solutions help end-consumers of energy lower their own carbon footprint, contributing to the overall decline.

Most recently, BP went a step further, launching a feasibility study for the production of hydrogen from solar and wind farms—the so-called green hydrogen that many see as a feature of the next stage in the world’s energy transition. The supermajor, like its peer Shell, is making long-term clean energy plans. But is this the best a supermajor can do?

Total on a renewable spree

Total has been investing in renewable energy, storage systems, and system developers, and even EV batteries like there’s no tomorrow. In a certain sense, there is no tomorrow, or at least, no tomorrow that will be like yesterday for the energy industry. So, the French supermajor is preparing.

In its first-quarter report, Total listed as many as six acquisitions and investments in solar, wind, energy storage, and its first foray into EV batteries. At the same time, the French supermajor announced spending cuts of 25 percent to $14 billion for the year but, like BP, kept its low-carbon business untouched, with spending planned at a generous $1.5-2 billion.

Also aiming for net-zero in emissions by 2050, Total has plans to have its low-carbon electricity operations come to account for 15 to 20 percent of its sales by 2040. To this end, Total is building a portfolio of renewable power generation projects to reach a total of 25 GW in installed capacity from renewable sources by 2025. But is there anything more that can be done?

Well, Norway’s Equinor is investing more in renewables than in its core business over the next five years, according to Rystad Energy. The former Statoil is firmly on renewable ground from now on, it seems. But this doesn’t mean what the three supermajors are doing is nothing. It may not be enough, and according to green lobbyists, it is far from enough, as investments in renewables are a tiny portion of overall spending for all except Total. And yet it is undoubtedly more than any of them were doing thirty years ago and maybe even ten years ago.

The renewable shift is accelerating; this is obvious. Where it will eventually lead remains to be seen, but Shell, BP, and Total are equipping themselves for the journey, and it looks like they are equipping themselves well. They will still be selling oil and gas as long as there is demand for these. But they will also be selling electricity, and if their plans pan out, a lot of this electricity will come from zero-carbon sources.