The US, this year’s host country for the G7 summit, reportedly intends to form a “G11” by inviting South Korea, Australia, Russia and India to attend the meeting that has been postponed until at least September. But how well the US has maintained its global leadership capacity is in question, as is whether or not it will be able to use the summit as a platform to promote its anti-China agenda.

That the US intends to invite new countries to attend is not shocking as G7 summits have adopted a G7-plus mechanism and the host country is permitted to issue invitations.

Even though the meeting goes ahead as the G11, it is unlikely any practical results or consensuses will emerge. Take the Indo-Pacific strategy as a previous example of US international planning. The strategy was deemed a rival of the China-proposed Belt and Road Initiative, and though it started with loud pledge, it has since faded into a pale concept.

US President Donald Trump, an expert in dropping out of groups and agreements, recently said the G7 is “a very outdated” group of countries. Rather than simply dropping out, he expressed his hope for a G11 in an attempt to bring the US back on a diplomatic path he ditched years ago. After more than three years, the Trump administration has realized it has overrated itself in attempting to confront China without first colluding with its allies, and is trying to plant its own geopolitical scheme in the G7.

The G7 is an international, intergovernmental economic organization of seven traditionally industrial countries: the US, the UK, Canada, France, Germany, Italy and Japan.

The G7 summit previously scheduled for June received unfavorable responses. German Chancellor Angela Merkel noted she was unable to confirm her personal participation in the Washington summit. Later in responding to Trump’s “G11” suggestion, the EU has also repeatedly refused to bring Russia back into the fold, saying the US has no right to alter the G7 mechanism, media reported.

Though the US lacks the leadership capacity to gather the 11 countries together to launch practical campaigns, China should remain alert to the possibility of the US using the summit to further its anti-China agenda.

China, the world’s second-largest economy and largest consumption market with the soundest industrial structure, will continue to enhance its opening-up and seek shared growth with partners. The Hainan free trade port, for example, was recently announced and aims to build the island province into a globally influential, high-level free trade port by the middle of the century.

With China’s impressive economic growth momentum and strategy of sharing opportunities through continual opening-up, the US’ anti-China campaign is doomed to fail.

The article was compiled based on an interview with Li Wei, a professor of the School of International Studies under the Renmin University of China. [email protected] 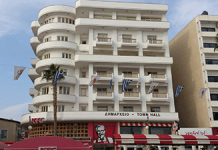