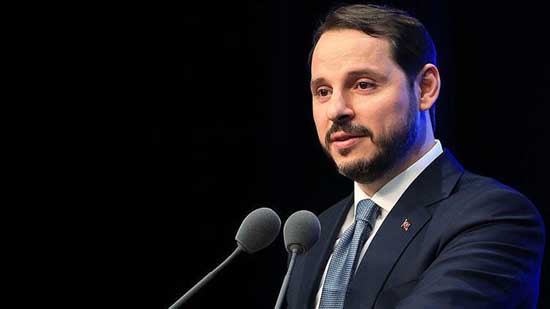 The Turkish government is making preparations for an economic package to boost employment, Treasury and Finance Minister Berat Albayrak has said.

“The Family, Labor and Social Services Ministry is in a very comprehensive study on employment. We will also provide coordination support,” Albayrak said on June 5 at a meeting with media members and economists.

“With this study, we are carrying out a work called ‘employment shield.’ We will reveal a picture with the support of stakeholders and the public,” said the minister.

“We have experienced three months that will seriously minimize the devastating effects of March, April and May. With the normalization of life, we are carrying out a detailed study at a micro level especially in this sense. The package will also contain details on such issues.”

With new initiatives to accelerate the country’s development, Albayrak stressed that Turkey will manage this period in an integrated and balanced way in the fields of exports, domestic market demand and tourism.

The finance minister also recalled that the value of Turkey’s relief package, the Economic Stability Shield announced on March 18, has reached 260 billion Turkish Liras ($38 billion) so far – equivalent to 5 percent of the country’s GDP.

“With the multiplier effect, the amount [of the package] has exceeded 600 billion liras [$89 billion],” he said, adding that the small and medium sized enterprises were granted loan support worth 150 billion liras ($22.1 billion).

The relief package includes tax deferments, cheap loans with a grace period of at least six months, one-off cash aids to over 4 million households and easing of eligibility criteria for short-term work allowances.

As part of the government’s efforts to cushion the economic fallout of the pandemic, the Turkish Parliament has banned layoffs for three months until July 17. During this period, employees forced to take leave were also granted a monthly benefit of 1,170 liras (nearly $173).

“Businesses have started reopening the workplaces. Some support can be provided during this period with a new move in accordance with the normalization process,” one of the sources said.

A new omnibus bill can be submitted to parliament for extra economic measures, according to the sources.