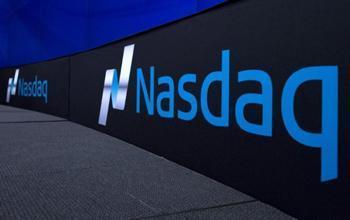 (Reuters) – A stunning U.S. jobs report on Friday put the Nasdaq within striking distance of its record high as investors flocked back to riskier assets on hopes of a swift economic rebound from the coronavirus-driven slump.

The blue-chip Dow Jones index added 1,000 points, briefly hitting a level not seen since early March, while the S&P 500 is less than 1% away from turning positive on the year.

Data from the Labor Department showed nonfarm payrolls rose by 2.509 million jobs last month after a record plunge of 20.687 million in April, and the unemployment rate unexpectedly fell to 13.3% in May from 14.7% in April.

“Today was a shocking jobs number and for the first time this year it was a positive shock,” said Chris Zaccarelli, chief investment officer of Independent Advisor Alliance in Charlotte, North Carolina.

“At 13.3%, we are still at a higher rate than any that we hit during the financial crisis in 2007-2009, but as long as that continues to move lower, it will show that the reopening of the economy is proceeding smoothly.”

Wall Street has rebounded sharply from a coronavirus-driven crash in March as investors bet on a revival in business activity following the easing of a nationwide lockdown, and the S&P 500 is now just about 6% below its February record high.

Boeing Co gained 16.2%, the biggest boost to the Dow Jones index, on hopes of a pickup in air travel a day after American Airlines Group Inc and United Airlines said they would boost their U.S. flight schedule next month.

All major S&P 500 sector indexes rose, with investors buying into more cyclical stocks including energy, financials, and consumer discretionary. The defensive consumer staples index was among the smallest gainers.

Fears of more disruptions from social unrest have also eased, with the largely peaceful protests against the killing of a black man in police custody waning into Friday morning and emergency curfews in many cities being lifted.

Vaccine maker Novavax Inc rose 3.2% after saying it would get up to $60 million from the U.S. Department of Defense to fund manufacturing of its COVID-19 vaccine candidate.

Tiffany & Co jumped 5.9% after Reuters reported the LVMH is not seeking to renegotiate its $16.2-billion takeover deal after deliberating whether to do so.

Reporting by Devik Jain and Shreyashi Sanyal in Bengaluru; Editing by Uttaresh.V and Shounak Dasgupta