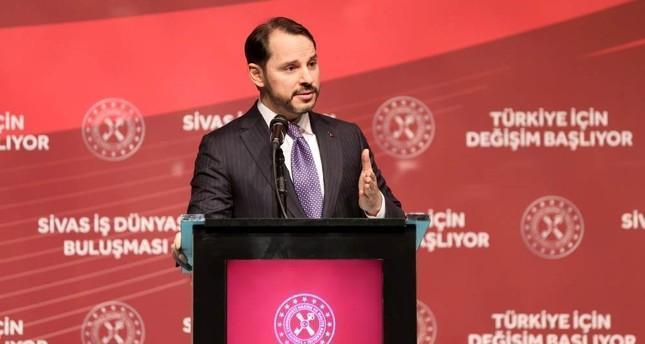 The Turkish government is working on an employment support package in response to Turkey’s coronavirus epidemic, Finance Minister Berat Albayrak said on Friday.

“We are making efforts to prepare a package that I can call an employment shield,” CNN Türk quoted Albayrak as saying. The finance minister, who did not go into further detail on the subject, had spoken to reporters after his meeting with economists on Turkey’s pressing financial troubles.

The economic fallout caused by the ongoing global pandemic has pummeled Turkey’s already suffering financial sector, and production and services in many other industries fell after calls for self-isolation measures. Adding to the burden, the devalued Turkish lira weakened to a record low of 7.269 per dollar in May after the central bank slashed interest rates to single digits.

Speaking of inflation, which remains high above 11 percent, Albayrak pointed to a “serious change” after the end of the fiscal second quarter, at the end of June.

“We are closely following the quarter developments in favour of forecasts,” he said.

The minister added Turkey’s main priority is not the budget balance “in an environment where economic contractions around the world are being discussed” and during a state of emergency.