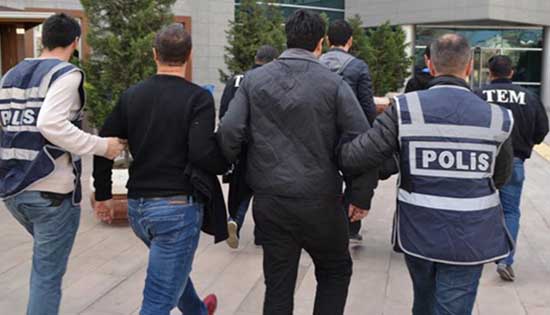 Turkish security authorities on June 9 launched multiple operations in various provinces to detain suspects affiliated
with the FETÖ– the group behind the bloody failed coup attempt of 2016.

Prosecutors issued warrants for a total of 191 suspects, including 181 on-duty members of the Turkish Air Forces, and security forces started Izmir-based simultaneous operations in 22 provinces.

Security sources also announced that 145 of the suspects were detained.

FETÖ and its US-based leader Fetullah Gülen orchestrated the defeated coup of July 15, 2016, which left 251 people killed and nearly 2,200 injured.

Turkey also accuses FETÖ of being behind a long-running campaign to overthrow the state through the infiltration of Turkish institutions, particularly the military, police, and judiciary.