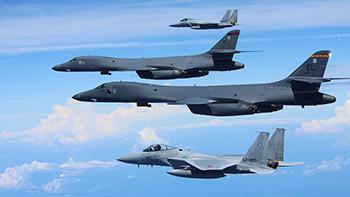 The largest House GOP caucus has released a ‘national security strategy’ that envisions escalating sanctions against China and Russia, more war on terrorism in the Middle East, and a Cold War-type infowar, among other things.

The 120-page proposal unveiled by the Republican Study Committee on Wednesday is pitched as “a conservative, solutions-oriented plan for preserving American leadership around the globe.”

It offers a laundry list of possible actions against “America’s most aggressive global adversaries” such as China, Russia and Iran, including “toughest sanctions ever proposed.” The RSC also seeks to reform the State Department, USAID, and international propaganda efforts, while leaving “irreparable” international organizations in favor of new ones composed of “democratic countries.”

China gets the most attention in the paper, at 25 pages, followed by the Middle East with 23. Only nine pages are dedicated to Russia, but what’s in there is nothing less than a full return to Cold War footing.

The RSC wants to designate Russia as a state sponsor of terrorism over Moscow’s – alleged – support of the Iranian Islamic Revolutionary Guard Corps (IRGC), Hezbollah, the Taliban, and something called the “Russian Imperial Movement.”

It also recommends sanctions on Russian oil and gas projects – and any foreign companies involved with them; sanctions on anyone buying Russian sovereign debt; sanctions against “Russian propaganda chiefs”; and sanctioning the Society for Worldwide Interbank Financial Telecommunications (SWIFT) until it expels Russia.

Furthermore, it would mandate “financial exercises” of seizing Russian financial assets, expand military aid to Ukraine to include “anti-ship weapons” and expand support to EU “countering disinformation” activists and “democracy activists within Russia,” tasking the State Department to “communicate information directly to the Russian people” in order to “support their aspirations for democracy and human rights.”

Relations between the US and Russia are already near the breaking point, thanks in no small part to the US media embracing a conspiracy theory that Moscow “meddled” in 2016 US elections to help Donald Trump. Any one of the RSC proposals would escalate things beyond repair. Considering the RSC also wants a full-court press against China and in the Middle East, it’s difficult to see the logic behind such moves.

On the other hand, these recommendations have little chance to go anywhere in the House, currently run by the Democrats who may hate Russia but are entirely unwilling to collaborate with Republicans on just about any proposal. That said, the RSC paper should not be discounted, as the caucus accounts for 147 of the 199 GOP members of the House. It is led by veteran politicians such as Mike Johnson (R-Louisiana) and Joe Wilson (R-South Carolina). One notable signature on the policy paper is Dan Crenshaw (R-Texas), a former US Navy SEAL.