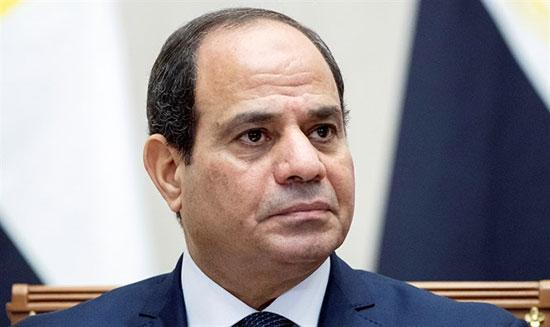 Egypt stands to gain economically from a maritime border agreement between Turkey and Libya’s official government, as government officials in Cairo debate cooperating with Ankara, according to TRT World on Monday.

Ankara and the Tripoli-based Government of National Accord (GNA) signed a maritime agreement in November to establish an exclusive economic zone to legitimise Turkey’s claims to offshore gas and oil in the Eastern Mediterranean.

The deal creates a sea corridor between the two nations which cuts through a zone claimed by Greece and Egypt, who are collaborating on gas drilling and transportation in the area, and reigniting an ongoing territorial dispute between Turkey and a conglomerate of eastern Mediterranean countries.

However, TRT World cited Egyptian documents that revealed disagreements in negotiations between Egypt and Greece over a separate maritime agreement.

One such document was sent by Cairo’s top diplomat to President Abdel-Fattah al-Sisi which stated Athen’s position in the negotiation would “result in the loss of around 10,000 square kilometres of Egypt’s share, an area that almost equals the size of a country like Lebanon.”

The Turkey-GNA maritime agreement meanwhile provides “Egypt with leverage against the maximalist behaviour of Greece” the Turkish news outlet said.

“The Turkey-Libya maritime agreement entitles Egypt to a huge increase in its Exclusive Economic Zone that can be – according to some calculations – ‘as big as the territory of Serbia.’”

Diplomatic ties between Ankara and Cairo have simmered after Turkish President Recep Tayyip Erdoğan threw his support behind the Muslim Brotherhood, a political Islamist group Egypt and its Gulf allies view as a terrorist organisation, and competed with Egypt and other regional powers for political and military control in Libya.

“Despite the political tensions between the two countries, economic relations are promising,” TRT World said, pointing to data that showed Turkey as the fourth biggest importing country from Egypt with $1.2 billion in the first nine months of 2019.

TRT World also referred to a press conference Presidential Spokesman Ibrahim Kalın held in December 2019, where he said that Turkey had received information from numerous sources that Egypt was actually “very happy” with Turkey-GNA maritime agreement.

Two main reasons why Cario has yet officially recognise the November deal is that Egypt seeks to compensate the lack of domestic support by “giving continuous concessions to the West” and appeasing Sisi’s Gulf allies, which, TRT World says, he owes for putting him in power and keeping him there.