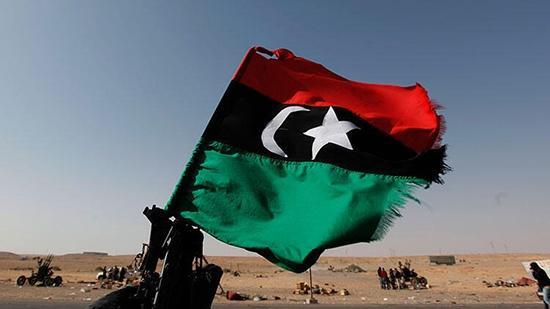 A Libyan political source said that a Russian-French alliance is being formed in Libya, a move that seems to have disrupted Ankara’s plan for an agreement with Moscow that would enable it to take control of Sirte.

“It seems that France has started to line up with Russia against Turkey, and in truth, it is against the United States,” the source added to The Arab Weekly

The source, who spoke on condition of anonymity, explained that “the Russians and the French view Sirte with the same importance; both want the port and the base of Al-Qardabiya.”

Observers made a link between the postponement of a planned official visit to Turkey by Russian Minister of Defence Sergey Shoygo and Minister of Foreign Affairs Sergei Lavrov and a statement issued by the French presidency on Sunday, strongly criticising the Turkish intervention in Libya. The timing of both developments may indicate that there has been a last-minute coordination between Moscow and Paris.

The French statement limited itself to just attacking the Turkish intervention, ignoring the campaign led by the U.S. State Department to inflate the Russian role in Libya.

France, which has been intensifying for months its criticism of Turkish regional ambitions, said that Turkey was pursuing “an even more aggressive and insistent stance (in Libya), with seven Turkish ships deployed off the Libyan coast and violations of the arms embargo.”

“The Turks are behaving in an unacceptable manner and are exploiting NATO. France cannot just stand by,” added the French presidency.

A French presidency official said on Monday that France wants to hold talks with NATO members to discuss Turkey’s increasingly “aggressive” and “unacceptable” role, highlighting the increased tension between Ankara and Paris.

France and Russia support the Libyan National Army (LNA) in its war against terrorist groups and armed militias, while Turkey supports the Islamist-dominated Tripoli Government of National Accord (GNA).

On Monday, Reuters quoted an unidentified Turkish official as saying, “Russia and Turkey postponed their talks on defusing the fighting in Libya because of a dispute regarding the Ankara-backed Tripoli government‘s bid to regain control of the main coastal city of Sirte from the Russian-backed army.”

The Turkish official said that talks are continuing through back channels at the level of experts from both countries.

“The (postponed) meetings were supposed to lead to (concrete) results, but it was not possible to reach that stage. Both countries do not see to eye on some issues,” the official added.

Despite the importance of the city of Sirte to Russia, Turkey was hoping to conclude a deal with Russia similar to the one that led to the withdrawal from West Tripoli, hence allowing Turkey to gain control of this coastal city, which has special importance to the United States. Turkey’s intervention in Libya was implicitly blessed by the United States.

In Turkish calculations, Russia’s relinquishing Sirte does not seem impossible, since Ankara can offer Moscow the airbase of al-Jufra, described as the most important base in Libya, while keeping the base of Al-Qardabiya to itself. These calculations, however, seem to have not taken into consideration French interest in the city, particularly its port that Paris was planning to make its nearest gate to Africa.

Russia is aware that the recent French escalation, which was preceded by having French Rafale fighters fly over the city, would spoil any deal with Turkey that might take place.

The Rafale overflights carried a message to Moscow, namely that if France had agreed to forcing the LNA to withdraw from the western region, it was because such a withdrawal was in line with the outcomes of the Berlin conference. France, however, is not willing to tolerate the surrender of Sirte and would not hesitate to move to counter any attack on the LNA forces in the city.

Located approximately halfway between Tripoli, which is under the GNA’s control, and Benghazi, controlled by the LNA, Sirte is the closest city to the main oil and gas terminals in Libya.

This is also why Sirte has special importance to the United States, which had assisted the Misrata militia to liberate the city from the clutches of ISIS in 2016.

At the time, it was reported that the United States refused to allow the LNA, under the command of Field Marshal Khalifa Haftar, to take part in the liberation of Sirte, even though the Libyan National Army had prepared to take part in the battle for Sirte.

With the Misrata militias in control of Sirte, the city’s residents started to complain of repeated attacks perpetrated against the city by the militias and of the GNA’s systematic and deliberate marginalization of the city, since Sirte is the birthplace of the late Colonel Muammar Gaddafi and most of its residents hail from the Gaddafi and Farjan tribes. Haftar belongs to the Farjan tribe.

In early January, LNA forces took advantage of the withdrawal of most of the Misrata militia from Sirte to go fight on the battle fronts in south Tripoli and stormed the city in a lightning operation that lasted just hours. Sirte has been under LNA control ever since.

(This article was reprinted with permission from the Arab Weekly. The views expressed in this column are the author’s and do not necessarily reflect those of Ahval.)