Germany and NATO on Tuesday underlined the importance of US troops in Germany for security on both sides of the Atlantic, a day after President Donald Trump announced he would slash the number stationed there, AFP reports.

Trump said he was reducing the numbers because Germany was “delinquent” in contributions to NATO and had treated the United States “badly” on trade.

Trump said there are 52,000 US soldiers stationed in Germany and he will bring this number down to 25,000.

But according to the Pentagon, there are only between 34,000 and 35,000 US soldiers permanently stationed in Germany. Rotation of units means the overall number can only temporarily top 50,000.

Maas said Germany had not been given any details on when and how the redeployment might take place.

“Neither the State Department nor the Pentagon has been able to provide any information about this,” he said, adding that any changes to Europe’s security architecture “definitely need to be talked about”.

NATO chief Jens Stoltenberg also said that US troops in Europe made both sides of the Atlantic safer.

China has no time for complacency: Global Times editorial 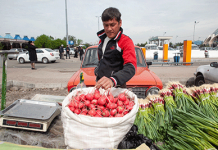