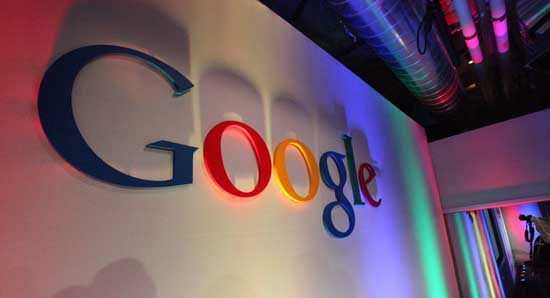 The Black Lives Matter movement, which started in 2013, returned to international headlines following the death of African American man George Floyd at the hands of a white police officer in Minneapolis on 25 May.

In an interview with Fox News on Tuesday, Sean Davis, co-founder of the conservative website The Federalist, focused on Google’s recent move to take action against it and the popular financial blog ZeroHedge over what the tech giant described as offensive coverage of the Black Lives Matter movement.

NBC News first reported that Google banned both sites for “pushing unsubstantial claims” over the movement, but Google clarified shortly thereafter that ZeroHedge had already been prohibited from the tech giant’s ad platform and that The Federalist faces a warning for a similar ban.

Davis said that “since we have temporarily removed our comment sections, and I can assure you they will be back, we are back in Google’s good graces”.

At the same time, he called the developments “a pretty terrifying example of the power that you have of the unholy union of corrupt media and monopolistic tech oligarchs”, in an apparent nod to NBC News’ alleged inquiry into the matter which ostensibly prompted Google to take action.

Davis went on to say that the attempted ban of The Federalist was “being done by people who claim to be journalists, who claim to believe in free speech and freedom of expression”.

“And it’s not just that somebody came after us […] the whiny cry-bullies of the left do this all the time to their enemies. They can’t win arguments so they try to shut them down, but to see this come from actual journalists who claim to believe in the First Amendment, that was remarkable”, he underlined.

In a separate interview with Fox Business, Federalist senior editor Christopher Bedford, for his part, said that “what I can say for certain is that NBC News changed their story and Google was very, very quick to shut it down”.

According to Bedford, the point is “whether or not Google is actually on the side of truth in this the matter or whether Google is just in retreat after a very clumsy attack”.

The developments prompted a broad public outcry on Twitter, with netizens specifically pointing to Google’s pressure on conservative media outlets.

This comes after the tech giant referred to “strict publisher policies that govern the content ads can run on”, including comments on the site, when explaining its decision to take action against The Federalist and ZeroHedge.

A Google spokesperson said in a statement that “if the site remedies the issues with derogatory or offensive comments, they can be reinstated”.

The company then tweeted that comments on both sites had repeatedly run counter to Google’s policies against dangerous and derogatory content, and that ZeroHedge can appeal the ban if it removes the “offensive” content, something that was done by The Federalist.

NBC News, in turn, apparently connected Google’s decision to research from the UK-based think tank Centre for Countering Digital Hate, which allegedly singled out 10 US publications “projected to make millions through Google Ads that have published content the Centre labelled as racist in light of George Floyd’s killing”, according to Fox Business.

US President Donald Trump has repeatedly hit out at social media networks over silencing conservatives since a 2018 report by the news outlet Vice alleging Twitter was limiting the ability of users to search for prominent Republicans.

The death of African American man George Floyd at the hands of a white police officer in Minneapolis on 25 May sparked large-scale protests in the US and beyond, giving a fresh boost to the Black Lives Matter movement.