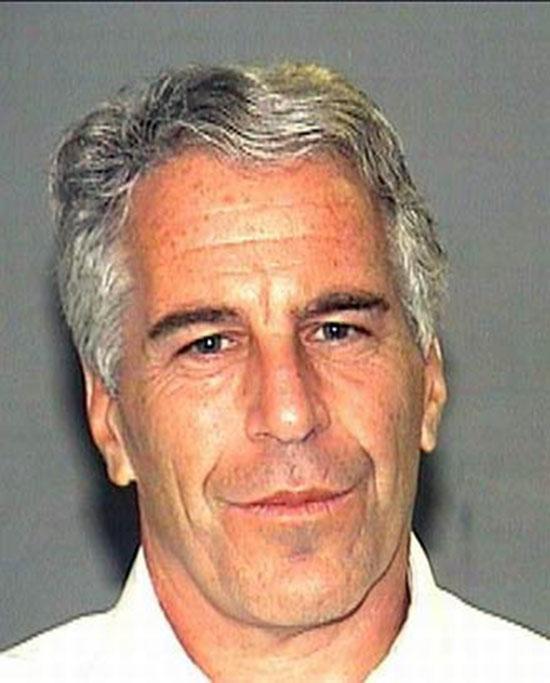 Two new documentaries on the Jeffery Epstein affair delve into lurid details & give voice to his victims, but both scratch the surface of the political & intelligence dimensions of the scandal, writes Elizabeth Vos.

Investigation Discovery premiered  a three-hour special, “Who Killed Jeffrey Epstein?” on May 31, the first segment in a three-part series, that  focused on Epstein’s August 2019 death in federal custody. The series addresses Epstein’s alleged co-conspirator Ghislaine Maxwell, his links with billionaire Leslie Wexner, founder of the Victoria Secrets clothing line, and others, as well as the non-prosecution deal he was given.

The special followed on the heels of Netflix’s release of “Jeffrey Epstein: Filthy Rich,” a mini-series that draws on a book of the same name by James Patterson.

Promotional material for “Who Killed Jeffery Epstein?” promises that:  “… exclusive interviews and in-depth investigations reveal new clues about his seedy underworld, privileged life and controversial death. The three-hour special looks to answer the questions surrounding the death of this enigmatic figure.”  Netflix billed its series this way: “Stories from survivors fuel this docuseries examining how convicted sex offender Jeffrey Epstein used his wealth and power to carry out his abuses.”

Neither documentary however deals at all with Epstein’s suspected ties to the world of intelligence.

Absent from both are Maxwell’s reported links to Israeli intelligence through her father, Robert Maxwell, former owner of The New York Daily News and The Mirror newspaper in London. Maxwell essentially received a state funeral in Israel and was buried on the Mount of Olives after he mysteriously fell off his yacht in 1991 in the Atlantic Ocean.

In “Epstein: Dead Men Tell No Tales,” a book published in December, Ben-Menashe is quoted as saying he worked with Robert Maxwell who introduced his daughter and Epstein to Israeli intelligence, after which they engaged in a blackmail operation for Israel. “[Epstein] was taking photos of politicians f**king fourteen-year-old girls — if you want to get it straight. They [Epstein and Maxwell] would just blackmail people, they would just blackmail people like that,” he says in the book.

Ben-Menashe also claims that Robert Maxwell had attempted to blackmail Mossad. “He really lost his compass once he started playing these games with people,” he told Consortium News.

About a week after both documentaries premiered, the U.S. Department of Justice approached the U.K.’s Home Office requesting that Prince Andrew answer questions in the U.K. over his links to Epstein, The Mirror reported.  If he refuses, the paper said, U.S. prosecutors would ask that he be brought to a British court to respond to their questions. Andrew’s lawyers say he three times agreed to be questioned by U.S. authorities, but it is not known if Andrew attached conditions, such as immunity.

Both documentaries mention Prince Andrew in the context of allegations about him from one of Epstein’s victims, Virginia Roberts Giuffre. But neither film goes into much detail about Andrew’s role in the Epstein operation, which Ben-Menashe said, was to lure powerful men into Epstein’s orbit.

“One of the things that are really key to this is that he [Epstein] befriended a very useful idiot called Prince Andrew,” Ben-Menashe told CN. “Now what really happened was that this Prince Andrew, with nothing to do, was having fun with this, and Prince Andrew brings in the fancy people, invites them to play golf with him, and then takes them out for fun. Then Epstein shows up, and these people are basically blackmailed.”

“The only person that can talk, that probably knows quite a bit, is the great prince,” Ben-Menashe said. “He was with him [Epstein] all the time. I really don’t know what his future is going to be like, either.”

Since a number of influential figures were named in a lawsuit filed by Giuffre against Ghislaine Maxwell the day before Epstein was found dead in his federal prison cell in New York, Ben-Menashe said: “I’m starting to think that lawsuit was his death sentence, because people didn’t want to be named. That’s my guess, it’s just a guess. Obviously, somebody decided that he had to go.”

Epstein’s death was ruled a “suicide” by New York’s chief medical examiner. A pathologist hired by Epstein’s brother said it was homicide.

Just before Ben-Menashe spoke to Consortium News on Monday, he said he had received an angry telephone call from Israel’s Channel 13 television station.

“They called me, and they went wild: ‘What, you believe Israel would use little girls? You are saying that? You are insulting the nation, you are making us anathema around the world.’ I said, ‘The truth is the truth.’ And Jeffrey Epstein’s story is something that nobody wanted to hear. He was working with the Israelis, he was working with Maxwell,” Ben-Menashe said.

He added: “It’s a very bad story, and I can see why the Israelis are so concerned about it.  I believe [Channel 13] were expressing anger, and I believe this was a message. I don’t like messages like that… it has to do with the timing and these stories coming out about Epstein. They [Israel] are starting to become anathema to the world, this adds to it — the Epstein story.”

The Netflix and Investigation Discovery productions allow survivors to recount their experiences in interviews as well as taped police recordings and focus on the sweetheart plea deal provided to Epstein by former Trump Labor Secretary Alexander Acosta during Acosta’s tenure as U.S. attorney for the Southern District of Florida.

Each series outlines Epstein’s relationships with Wexner, Maxwell, and a variety of elite figures.  Investigation Discovery focuses on the controversy surrounding Epstein’s death while Netflix’s “Filthy Rich” examines the second attempt to prosecute Epstein in the context of the Me Too movement.

The Netflix series describes the initial investigation of Epstein as it shifted from the state to the federal level, and airs allegations that Florida  journalists  covering the story were threatened. Netflix also interviews psychologist Dr. Kathryn Stamoulis, a specialist in adolescent sexuality, who gives a description of Epstein’s targeting and grooming of young girls. Epstein survivor Giuffre later describes in the film being groomed to tolerate exploitation and sex trafficking as part of a “deranged family.”

The final section of the fourth episode in Netflix’s miniseries includes a survivor stating that this was not simply an Epstein operation, but an “international sex trafficking ring that reached all over the world.” Epstein is described as a “very small piece in a huge network.” But the documentary goes no further than that.

As in the Belgian Dutroux case, victims alleged that multiple abusers acted in concert with each other, using blackmail to keep each other in line. In both instances, authorities and the media portrayed the abuse as chiefly the product of an aberrant lone predator.

“This wouldn’t be the only time this happened, but this guy got way over his head,” Ben-Menashe told Consortium News. “He probably was blackmailing too many people, too many powerful people. And then, this is a story the Israelis wouldn’t want to come out, anyway.”

Another angle the documentaries did not approach was the environment in which Epstein thrived like an algae bloom in stagnant water, that is, within a long history of child trafficking rings linked with intelligence agencies, often with the aim of gathering blackmail material. It was within this reality that Epstein appeared to be rendered untouchable.

Omitting the intelligence aspect of Epstein’s history allows the Establishment media to portray his case as a mysterious and unsolvable aberration, rather than perhaps a continuation of business-as-usual amongst those in power.

The glaring refusal to address Epstein’s intelligence involvement becomes  clear when Investigation Discovery and Netflix’s programs discuss the role of Acosta in securing Epstein’s “sweetheart” plea deal, but do not reference Acosta’s widely reported explanation as to why Acosta agreed to the deal.  As reported by The Daily Beast, Acosta claimed that he cut the non-prosecution deal because he had been told that “Epstein ‘belonged to intelligence’ and to leave it alone.”

Independent journalist Whitney Webb has reported on Epstein’s many ties with intelligence, telling  CNLive! in August last year that there is evidence this included with the CIA.

Webb spoke about  Iran-Contra links to Epstein via his and billionaire Wexner’s efforts to relocate Southern Air Transport (formerly the CIA’s Air America) from Florida to Ohio: “What’s significant here is that out of all the airlines in the United States, Wexner and Epstein choose the airline, the only airline that is outed, publicly known at the time, to be a CIA cut-out. Out of all the airlines that exist, that’s the one they go for,” she said.

Webb also cited reporting by Nigel Rosser, a British journalist, who wrote in the Evening Standard in 2001 that Epstein claimed he worked for the CIA in the 1990s.

“James Patterson, before writing his book on Epstein, ‘Filthy Rich,’ on which this documentary [by Netflix] is based, wrote a novel [‘The President is Missing’] with Bill Clinton , who is of course quite close to the Epstein scandal, so that definitely, in my opinion, raises some eyebrows,” Webb told Consortium News.

“I think that one of the goals of this [Netflix] documentary is to basically imply that Epstein was the head of the operation and that now that he is dead, all of that activity has ceased,” Webb said. “If they had actually bothered to explore the intelligence angle, in some of the more obvious facts about the case, like Leslie Wexner’s role, for example, it becomes clear that Epstein was really just more of a manager of this type of operation, [and] that these activities continue.”

Webb said a main reason for avoiding discussion of the intelligence angle is that mention of state sponsorship would lead to calls for accountability and open inquiry into a history of sexual blackmail by intelligence agencies. “So if they had given even superficial treatment of those ties, it would have exposed threads that if anyone had bothered to pull on a little bit, would start to unravel a lot of things that obviously these powerful people and institutions don’t want exposed,” Webb said.

More than nine months since Epstein’s death, no alleged Epstein co-conspirator has been arrested or charged with a crime despite reports of an active criminal investigation of Maxwell (who has disappeared), and multiple failed attempts of alleged Epstein victims to serve her with civil suits.

“The criminal case against him, and all the evidence that was gathered against him as part of that, will never be made public unless someone else is charged,” said Webb. “So, the fact that they’re not charging anyone else is quite telling, and the fact that the mainstream media isn’t pushing back against that, I think is telling as well.”

The omissions of major aspects of the Epstein case by the media, specifically its links with the intelligence community, seems to be yet another example of a buffer between justice and those responsible for rendering Epstein untouchable.