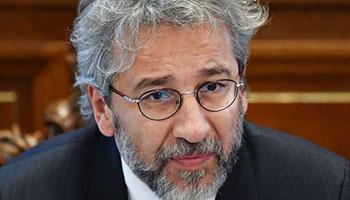 The Özgürüz news website, run by prominent Turkish journalist Can Dündar, who has been living in self-imposed exile for a while now, was cut from access in Turkey by the Radio and Television Supreme Council (RTÜK).

Originally ozguruz.org, the website has moved its content to different web addresses such as ozguruz19.org and ozguruz20.org.

The ozguruz19.org website was blocked in Turkey on May 3, according to a post Dündar tweeted on Tuesday.

After ozguruz20.org was banned today, Dündar announced that the ozguruz21.org website has been established for the Turkish audience.

Several other news websites, such Ahval and Kronos, run by Turkish journalists living outside of Turkey, have been using the same maneuver to deal with the government’s censorship of opposition media.