Turkish diplomat Volkan Bozkır was elected as president of the United Nations General Assembly on Wednesday, the U.N. announced in a statement.

Ambassadors from 192 U.N. member states, wearing face masks and abiding by physical distancing rules, filed into the General Assembly Hall to cast their ballots during pre-determined time slots as a precaution against the COVID-19 coronavirus.

Bozkır, a veteran diplomat and parliamentarian, will preside over the 75th session of the U.N. General Assembly. Bozkır will take office in September 2020 and will hold office until September 2021.

This will be the first time Turkey has held the largely symbolic role.

The U.N. president serves a one-year term and the office rotates among five regional groupings of U.N. member states. The Western Europe and Others Group, of which Turkey is a member, will hold the 2020-2021 term. Bozkır was the sole candidate for the post.

“While it is not unusual that a lone candidate has been put forward this year, it is curious that it is Turkey’s candidate that gained consensus support within the Western Europe and Others Group at a time when relations between Turkey and Europe are tense,” foreign policy analyst Ian J. Lynch wrote for Ahval in May.

Lynch said that Bozkır is loyal to the ruling Justice and Development Party (AKP), though he is not known to be ideologically tied to President Recep Tayyip Erdoğan’s circle. He said Turkey will likely laud his uncontested election as a prestigious occasion, but in reality it will only afford Turkey limited power to shape the U.N.’s agenda.

“Bozkır can use the position to take the lead on important international issues like human rights and migration that Turkey has a poor record on, but he will be constrained by the need to build consensus among the U.N.’s diverse membership,” he said. 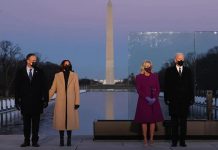 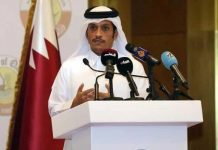