Jerry Tutunjian-Sott.net
Slavery is and always has been about ‘equal opportunities’

After President Donald Trump, the world’s busiest leader must be President Recep Erdogan of Turkey. But despite his crammed schedule (threatening Europe, denouncing France, Greece, Cyprus, Egypt, Israel, Saudi Arabia, and the United Arab Emirates; attacking Kurds in Turkey, Syria and Iraq, waging war in Libya and Syria, drawing plans for the invasion of Armenia and Greece, sending ships to the Eastern Mediterranean to steal undersea hydrocarbon from waters which do not belong to Turkey, sending troops to more than half-a-dozen Middle Eastern and African countries, bribing Lebanese fundamentalists to threaten the Armenians of that country with genocide, jailing Turkish journalists, shutting electronic communication, converting the Byzantine Hagia Sophia cathedral to a mosque…), Turkey’s dictator found time recently to tweet that the U.S. social-political upheaval is a result of “racism and fascism.”

Meanwhile, his slavish media extrapolated that the root of the U.S. crisis is slavery. Putting aside Turkish racism against the Alevis, Armenians, Assyrians, Greeks, Jews, Kurds, and Syrian Arab refugees, let’s look at Turkey’s slavery record.

Who were the North African slave masters who plagued Western Europe from the 16th century to the early 19th century? They were the Barbary Coast pirates of Algeria, Tunisia, and Libya. Their sovereign was the Ottoman sultan whose navy protected them when the pirates were challenged by Western navies. Ottoman Turkey was also their main customer for slaves. For four centuries, the pirates raided Italy, Spain, Portugal, the Netherlands, England and Ireland kidnapping natives and selling them in the slave markets of North Africa. They even raided Iceland where the attacks were called Tyrkjaranio (Turkish raid).

The U.S. Navy was not immune to Barbary pirate attacks. The U.S. paid tribute to them to stave off attacks on its ships. According to historians, the Barbary Coast pirates enslaved 1,250,000 Europeans. The slave-hunting expeditions were year-round affairs to replenish slaves who had died or had converted to Islam.

Early in the 19th century, Britain, Holland, France, and the U.S. waged two wars against the pirates. By 1830, the sea dogs were finally a spent force. The lyrics “…to the shores of Tripoli…” in the U.S. Marine battle cry commemorates the Battle of Derne (1805) against the pirates.

The Barbary Coast was just one of the regions where Ottoman Turks were active in slavery. Other important Ottoman sources for slaves were the Balkans, Eastern Europe, Crimea, the Caucasus, and Upper Egypt-Ethiopia.

From 1450 to 1700, according to Ottoman statistics, Turks imported 2.6 million slaves from the Black Sea region alone. The biggest slave-owners were the sultans. Ottoman cities and towns had slave markets called “Esir”/”Yesir” (slave in Arabic). Most of the slaves were young women or children. They were displayed naked for inspection. The markets were established soon after the Ottomans conquered Constantinople. Thus, in the 16th and 17th century, a fifth of Constantinople’s population were slaves.

The Crimean Khanate, an Ottoman vassal, was the main provider of Black Sea slaves to the Ottomans. The Ottomans called the Khanate’s slave-hunting expeditions “harvesting the steppes.” The 17th century Ottoman travel writer Evliya Celebi wrote that there were 400,000 slaves in Crimea. They were Ukrainian, Russian, Polish, and Lithuanian. Polish historian Bohdan Baranowski wrote that in the 17th century the Polish-Lithuanian Commonwealth annually lost an average of 20,000 of its citizens to slavery.

Slavery was vital to the Ottoman economy and society. In the 14th century, Sultan Murad I built an army of slaves and called it Kapikulu. By 1609, Kapikulu was 100,000 strong. Since the Black Sea supply was insufficient for Ottoman needs, the sultan organized slave hunting military expeditions to the Middle East, the Balkans, and to Eastern Europe.

Ottoman-ruled Egypt was Constantinople’s gateway for African slaves. The captives were natives of Upper Egypt, Ethiopia, and Central Africa. Slaves destined to be guards in Istanbul harems underwent forced “surgery” in Egypt to become eunuchs.

The Ottomans needed slaves for a variety of needs: the army; for sexual purposes; as field workers, and as domestics.
While in the 19th century Europe and the U.S. banned slavery, the Ottomans continued buying and selling slaves as late as 1908. U.S. Ambassador Henry Morgenthau wrote that Armenian girls were sold as slaves during the Genocide of Armenians in 1915.

There are no statistics on the total number of people the Ottoman Turks enslaved from the 15th century to the 20th century. Considering the above numbers, it’s safe to estimate the total to be more than six million.

Although Kemal Ataturk supposedly ended slavery in Turkey, Ankara waited until 1933 to ratify the 1926 League of Nations convention which made slavery illegal. Sales were reported in the 1930s. Legislation prohibiting slavery in Turkey was not adopted until 1964.

In a brazen double-standard and selective morality, Turkish authorities who are eager to revive the slavery-mired Ottoman Turkey are the same people who condemn America. While the US inherited slavery which lasted ninety years, slavery was an essential part of Ottoman Turkey’s for more than five centuries. It’s amazing to see America’s inaction against Erdogan’s empire-building and Ankara’s aggression in half-a-dozen neighboring countries. 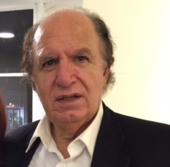 Jerusalem-born journalist Jerry Tutunjian received his degree in journalism from Toronto’s Ryerson University. A journalist since 1968, Tutunjian has reported from nearly 100 countries. He formerly edited, managed, published six Canadian consumer and business magazines. The author of four books, he is the former English editor of news and analysis site Keghart.org.

Regime Change & Sanctions: Why None of the Tools of US Foreign Policy Work Against Iran or Venezuela© AP Photo / Ernesto Vargas OPINION...