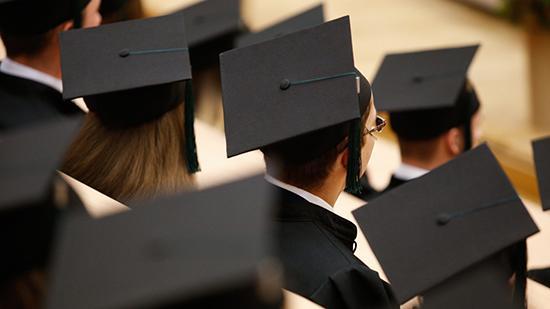 I’ve spent the last 20 years of my life working with and supporting working class people to get into higher education. Today I’m wondering whether I’ve been right to do so.

I remember my first day at University. I was 31 and had gone to Nottingham University, part of the so-called elite Russell Group, from an access course for mature students. I had no idea what I was walking into. I didn’t know anyone who had been to university, and had spent the years since I left school working mainly on piece work in a factory making women’s tights.

I’d never ever been on the campus, even though I only lived only two miles away. I went to that university out of ignorance. I thought that wanting to study sociology was enough – I’d read a book about St Ann’s, the part of Nottingham where I lived, authored by two researchers who had worked at the university. The book was called Poverty: The Forgotten Englishman and was based on research about poverty in Nottingham during the 1960s. It  was written the year I was born, and I recognised my community in it; I wanted to study sociology, because I wanted to represent and fight for that community.

On that first day, two things happened. During the initial welcome speech, the vice chancellor welcomed all of the students to Nottingham and told them to enjoy the city and the university, but warned them that there were some areas of the town to avoid, that were not so welcoming – “Don’t go to St Ann’s,” he said. Which, as it was where I lived and the reason why I was at the university, was going to be more than a little difficult for me. I remember being devastated and not feeling welcome at all.

Later that day, I sat in my first lecture. It was about women and work and the lecturer talked about how choice for working class women was never a “real choice” and that the idea of “choice” meant different things to different groups of people. I sat there and a wave of relief poured over me – not because I had learned something new, but because what I had suspected all of my life was being validated: that surely my poor status in life couldn’t entirely be my own fault.

I realised from that day forwards that we working class people – whether we are black, white, men, women, transgender or no gender, Muslim, Christian or atheist – had something in common.  Being working class meant you were individually held responsible for what you think is your failure. I later found out that the way the structure of our society is built is that working class people suffer unfair disadvantages, while the middle class benefit from equally unfair advantages.

Twenty years on from that first day at university, I’ve learned so much more about how society is structured and I have tried in any and every way to support other working class people to get into university so they, too, can have that knowledge that it’s not their fault.

However, along that long route from student to lecturer, from no qualifications to a PhD, I have had some incredible experiences and students, but also some soul-destroying, awful experiences.

One university I worked at refused to let young working class people from my estate, who were part of a community football club, use the university’s sports’ pitches as they were concerned they would come back “at night”, presumably to rob, or steal or worse. I was heartbroken. I knew those kids and felt so ashamed that I had thought that this would be ok, and they had been so excited about going onto the posh, manicured football pitches.

Over the last twenty years, I have met and had emails and messages from hundreds of working class students and lecturers who have thanked me for speaking about working class experience at university.

But they also told me their own harrowing stories, such as being asked about “their poverty” in seminars, about sitting in lectures as professors have accused their communities – the places where they and their families live – as being dangerous/racist/stupid/violent/ignorant/criminal; take your pick, it’s all been said. The prejudices that working class students, workers or lecturers suffer at these middle- and upper-class institutions are legion. And they only dare speak openly about it when they are together.

When I think about all of these instances of symbolic violence, of being passed over, and of having your work scrutinised in a way that I know is not done to the middle class in higher education… When I think about the awful and depressing conversations I’ve had to have with working class students who have sought me out to talk about how difficult it is to for them to sit in those lectures, to have their accents constantly commented on, to be asked “what school they went to”, and who don’t understand the sly smirks and looks they get when they give the answer…

When I think about those things I realise just how tired I am, and I have to ask myself: am I really doing the right thing by encouraging other working class people to put themselves through this toxic, anti-working class environment? I’m sad to conclude that I am probably not.