The COVID pandemic has accelerated the shift to digital settlements and crypto coins triggering a debate about whether traditional means of payment and safe havens will soon become a thing of the past. Independent political risk analyst Eric Kraus has weighed up whether Bitcoin will replace gold and whether crypto yuan can depose the dollar.

On 8 June, the World Bank suggested that the COVID-related global recession would be the deepest since the Second World War with the highest share of economies seeing contractions in annual per capita gross domestic product (GDP) since 1870.

Under these circumstances, investors are seeking safe havens to shield their assets from the perfect economic storm. One would expect that they would opt for gold; however, the yellow metal is growing slowly and has yet to see the levels it reached in August 2011. Meanwhile, crypto-currencies appear to be gaining steam with macro investors, such as Paul Tudor Jones, buying Bitcoin as “a hedge against inflation”. Even China which has previously dragged its feet about embracing crypto currencies has doubled down on testing and developing a sovereign blockchain technology.

One might wonder whether the world is turning digital and whether the shift from the yellow metal to Bitcoin – that some call the digital equivalent of bullion – is around the corner.

“Not in the least – it is instead an excellent example of the current casino capitalism driven by the unprecedented monetary creation and the suicidal budget deficits of the G7 countries”, responds Eric Kraus, an independent political risk analyst and financial expert.

Kraus argues that “current cryptos are pure gambling assets”: “They have no backing nor any use in commerce or as a store of value – extremely volatile, to provide a fun game for small traders – not a meaningful financial market”, he emphasises.

“The relative weakness of Gold and strength of the cryptocurrencies is reminiscent of the soaring price of Hertz and other bankrupt American companies, pricing of which is driven by a new generation of small day traders who, with professional sports being cancelled, have instead chosen to gamble on the stock market”, he points out. “When you buy US equities, you are no longer betting on companies – you are betting on what other investors will do – and especially, for how long the Fed can continue to flood the market with liquidity. You might as well bet on ‘red’ or ‘black’ in roulette. What could go right?”

The financial expert elaborates that Modern Monetary Theory “declares that the rule-book has been thrown out – hundreds of years of economic practice are irrelevant, and one can borrow one’s way to infinite riches”. However, this view represents the failure of Western governance since “a robust political system must be able to accept a certain amount of pain”, according to him.

However, when governments become “desperately fixated upon the next electoral cycle and struggle only to keep their electorates happy until they can be reelected” economic montages become unsustainable, he underscores.

Meanwhile, China is racing against the clock developing its own crypto. According to some reports, the country is mulling over creating a regional “stablecoin” – with the Japanese yen, Chinese yuan, Korean won, and Hong Kong dollar pegged to it. However, Beijing’s eagerness to embrace sovereign digital coins is driven by a different rationale, the independent political risk analyst points out.

“While China is now the world’s largest economy (in real terms) and continues outgrow the West by 7-8% per annum, it is still obliged to work within a global financial  system fashioned at a time when the United States accounted for 48% of global GDP, with Asia a rounding error. China has outgrown that system”, Kraus observes.

At the same time, the US is struggling to curtail China’s rise by using its all-time favourite economic warfare tools such as “sanctions” and, in particular, access to the dollar system. Thus, the People’s Republic “must find a way to conduct business in its own currency but especially to free itself of the constant threat of American blackmail”, the financial expert stresses. One of the ways are settlements in its digital currency protected from Western regulators’ interference.

“For now, by creating a crypto-currency actually backed with a hard asset – RMB and possibly other Asian currencies – the Belgian-domiciled SWIFT and the American banking sector could ultimately be dispensed with”, he notes.

On 20 June, the former vice-chair of the People’s Bank of China’s National Council for Social Security Fund, Wang Zhongmin announced during the online 2020 Fintech Forum that the digital yuan’s backend development is complete, as quoted by China’s Sina financial media portal. According to Wang, China is striving to create a payment infrastructure in which various crypto-currencies can co-exist with sovereign digital coins.

Eric Kraus does not rule out that a mixture of competing regional currencies may one day replace the dollar-centric global financial system, stressing that neither the yuan nor the euro would be able to do this alone.

“With China now the world’s largest and fastest and only growing economy, the Asian block will likely become predominant”, Kraus forecasts. 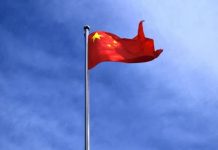 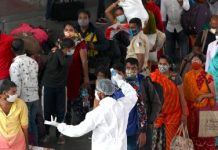 India was in crisis months ago. Why have its Covid cases plummeted?