It will take years before U.S. shale production approaches pre-pandemic levels, if it ever does, according to an array of experts. Bloomberg surveyed top oil market analysts at Rystad Energy, IEA, Genscape, Enverus and IHS Markit. None of them saw U.S. oil production returning to 13 million barrels per day (mb/d) within the next few years.

Rystad is the most optimistic, forecasting the U.S. closes out 2021 at 11.7 mb/d, still down 1.2 mb/d from the 12.9 mb/d peak on the eve the market downturn earlier this year. “Nothing is going to be in the money,” Bernadette Johnson, vice president of strategic analytics at Enverus, told Bloomberg.

Comments from a handful of shale companies about restarting drilling now that WTI is in the high-$30s garnered a lot of attention in recent weeks. The run up in pricing has somewhat eased the panic in the oil industry. Reuters estimates that the restart of shut in shale wells will bring 500,000 bpd back online.

But bringing shuttered output back online is an entirely different thing from drilling new wells. The rig count is down by more than 70 percent, and the lack of new drilling will translate into steep decline rates, overwhelming the one-off jump in output from opening up shut-in production.

In reality, the gloom within the shale industry continues to deepen, despite the rally in oil prices. “A general malaise prevails within the oil and gas community,” one oil executive said in the latest industry survey from the Dallas Federal Reserve.  Around 40 percent of executives do not see drilling returning to pre-Covid-19 levels until 2022, but about 15 percent of them said drilling will “never” return to the recent peak.

But the comments section of the survey often offers more clues into the thinking of shale drillers. Many executives listed an array of problems plaguing the business, ranging from loss of access to capital, to the plans of OPEC+, to the Covid-19 pandemic. If there was one thing everyone agreed on, it was the degree of uncertainty. “I can’t even begin to guess where oil and gas prices will be in the future,” one oilfield services executive said.

Others painted a grimmer picture of life in the oil patch. Here are a few select comments from the Dallas Fed survey:

The business activity index, which measures broad industry conditions in Texas and parts of New Mexico, fell from -50.9 in the first quarter to -66.1 in the second quarter, which was the lowest reading in the survey’s four-year history and “indicative of significant contraction in activity,” the Fed said.

Nearly half of the respondents said that they have not taken advantage of many of the federal assistance programs.

For the few that responded with political opinions, the reactions were somewhat split. One executive said a “Joe Biden presidency will inflict additional damage to the oil and gas industry,” while another said he/she was not optimistic about the future due to the “extreme mismanagement by the Republicans in Washington.”

Looming much larger was the pandemic and the uncertainty about oil demand. “It is going to take 12 to 36 months for oil demand to recover to pre-COVID-19 levels, so oil prices will be slow to recover,” one executive said in a fairly typical response. “We think there will be price volatility between $25 and $45 per barrel for the next three years, so capital spending will be slow for multiple years.” 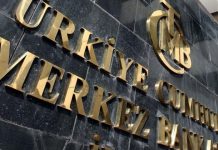