BBC.COM- Author Tara Westover reflects that she has taken more notice of other people since the pandemic struck – especially key workers. She wants people to come together as one and not be divided by class, education or profession.

In the early days of this pandemic, we were told that Covid-19 would be the “great equaliser” – that it would bring us together because it would affect everyone alike.

Rich and poor, urban and rural, members of every racial group. Those with advanced degrees, and those who never finished primary school.

The idea was that a germ is not subject to those prejudices to which human beings so often are. It is not impressed by money or dazzled by prestige. It does not see skin colour, or subscribe to stereotypes of gender. A germ is blind biology. Its one virtue was its supposed lack of prejudice.

Of course, none of that turned out to be true.

The virus was, in fact, deeply prejudiced. It devastated men more than women and the old more than the young.

In America, where I live, the black population and other racial minorities suffered disproportionately to their white counterparts. So did the poor, and the less educated.

The virus, it turned out, was quite prejudiced. But there was one meaningful way that it was in fact a kind of equaliser – it made us aware of the many forgotten people whose hard work make our lives possible.

I noticed the change about a week into the crisis.

A friend of mine ordered online delivery, and added a 50% tip. “Anyone out delivering food in a pandemic has earned every penny,” he said.

A week later, a pipe burst in the house I was staying in. I was suddenly without running water. But the next morning, a man came, wearing a little fabric mask. He replaced the pipe, and I had running water.

He did not have the luxury of sitting at home in quarantine. He had chosen to risk it – to help me, and to protect his livelihood.

And the same choice is made every day by nurses and cooks and cashiers and truckers and factory workers.

Of all the difficult images and stories that have come out of this, perhaps the most moving is that racket made on the streets as people holler and whistle and bang pans to thank front-line workers.

Doctors and nurses, yes, but also caretakers, delivery people and grocers. A whole army of people who are working outside their homes to keep the rest of us safe and well.

These are not the rich and illustrious or the so-called elite. They are often not paid very well for what they do. Many of them did not go to college, and for that reason they are sometimes looked down upon by those who did have that privilege.

I’ve been thinking lately that education has become the new social divider, perhaps even more than wealth. And we forget that in many cases, wealth and education go together. Education has itself has become a privilege distributed according to wealth and status.

The modern economy has a great hunger for college-educated workers, and the result before the coronavirus was that many of our workers all over the world felt dismissed and left behind. They felt there was no place for them in the world we are making.

We did, I think, become a little prejudiced against work. We began to believe that if someone is not credentialed, they must not be industrious.

We tacitly accepted the idea that the professional classes are somehow harder working or more deserving of respect than the people who work with their hands. But everyone deserves respect.

There are many things that I will not miss when this pandemic is over. I won’t miss face masks, or hand sanitiser, or latex gloves. Or interrogating my friends on who they’ve seen in the last 14 days before I agree to an outdoor walk.

But in the post-coronavirus world, I hope we preserve this spirit of gratitude and esteem for the people who keep the lights on, the factories open, the farms stocked and the pipes clear. Those who cook, farm, drive, care, plumb, wire, wash, and build.

I hope we remember that we are not two peoples – not the elite and the non-elite, the college educated and not, urban and rural, the white collar and the blue.

We are one people, and all are needed. 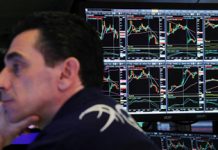