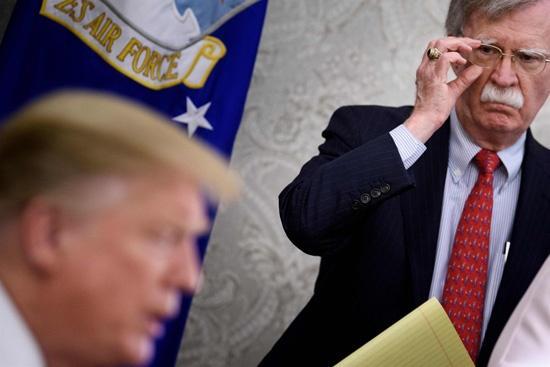 Turkey’s communications director sharply criticized a new book by former U.S. National Security Advisor John Bolton in a series of posts on June 25 on Twitter, saying it included misleading accounts of conversations between the leaders of their two countries.

“We find it reprehensible that former high-level officials attempt to use serious diplomatic conversations and efforts to resolve outstanding issues between allies like the U.S. and Turkey for their domestic political agendas,” said Fahrettin Altun, alluding to Bolton.

“It is clear that the goals of these mischaracterizations and falsehoods are driven by domestic political considerations as well as personal gain,” he asserted.

Stressing that Erdogan and Trump put great effort into repairing their countries’ relations despite “deep differences” in policies and “some hostile voices toward Turkey in Washington,” he went on to say that Trump had done a lot more listening to NATO ally Turkey compared to some of the previous U.S. administrations.

“We are confident that the US-Turkey relationship will survive such efforts and even thrive in the end. President Erdogan will continue his frank, honest and straightforward conversations with U.S. President Donald Trump,” he said.

In his book, Bolton wrote that Erdoğan gave Trump a memo saying Turkish state lender Halkbank, under investigation by the office of the U.S. Attorney for the Southern District of New York, was innocent.

“Trump then told Erdoğan he would take care of things,” Bolton wrote.