Some of Britain’s leading medical experts called Wednesday for a swift review into the government’s handling of the coronavirus outbreak to learn lessons before what they said was a “real risk” of a second wave this winter.

The call comes the day after Prime Minister Boris Johnson effectively brought to an end a nationwide lockdown imposed in late March to try to stem the rapid spread of COVID-19.

Since then, Britain has been hard hit by the virus, recording 43,000 deaths among confirmed coronavirus patients — the worst toll in Europe, and almost certainly an underestimate.

In a joint letter, the presidents of around a dozen medical organisations including the Royal Colleges of General Practitioners, Emergency Medicine and Nursing said lessons must be learned — and quickly.

“The review should not be about looking back or attributing blame. Rather it should be a rapid and forward-looking assessment of national preparedness,” they wrote in the British Medical Journal.

They added: “While the future shape of the pandemic in the UK is hard to predict, the available evidence indicates that local flare ups are increasingly likely and a second wave a real risk.”

Their call for a review to be completed by October drew support from Bernard Jenkin, a senior MP in Johnson’s Conservative party who chairs the powerful House of Commons liaison committee.

He said it should be a cross-party effort led by parliament, saying: “It is vital that we work together and make the most of the opportunity to learn from recent experience, before a possible new wave of Covid.”

Johnson had on Tuesday announced the beginning of the end of “national hibernation”, saying pubs, hotels, restaurants, museums and galleries in England would be able to reopen on July 4.

He also relaxed a rule demanding people stay two metres apart — cutting it to one metre, subject to measures such as the use of face coverings — amid warnings that businesses could not keep to it.

The decision was seen as vital to restarting the economy amid fears of a deep recession.

But one of the government’s former chief scientific advisors, David King, said the move was “extraordinarily risky.”

Britons are still being advised to keep their distance from one another and avoid large gatherings, and Johnson said he would not hesitate to reimpose lockdown measures if infection rates rose.

But the sight of thousands of people flocking to the beaches Wednesday to take advantage of a blistering heatwave only fueled concerns.

In response to the BMJ letter, Johnson’s spokesman said the government had acted to stop the state-run National Health Service (NHS) in the first outbreak.

“We will continue to ensure our health and care services have the resources they need and are working closely with the NHS to prepare for the winter,” he said.

Seven temporary hospitals set up in response to the outbreak, named after nursing pioneer Florence Nightingale, are not in use but remain on standby.

“We may still need the Nightingale hospitals in the future and will maintain that extra capacity,” the spokesman said.

Health ministry figures show another 154 deaths from patients with coronavirus on Tuesday, a total of 43,081.

However, the real toll from the outbreak is likely closer to 60,000, based on an analysis of excess deaths.

Johnson’s easing of the lockdown only applies to England, as the Scottish, Northern Irish and Welsh devolved administrations set their own guidelines.

In Scotland, First Minister Nicola Sturgeon on Wednesday said pubs, hairdressers and cinemas will be able to reopen from July 15 but only if there is a continued decline in coronavirus cases. 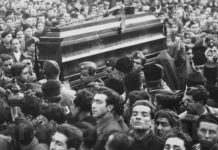 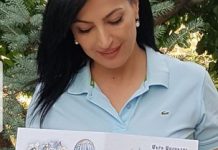 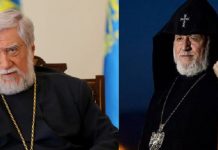