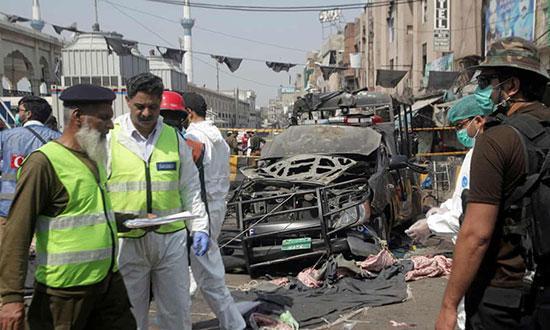 Police said that three of the four terrorists have been killed, according to the Geo News media outlet.

Armed men launched a grenade attack at the main gate of the stock exchange building and stormed the building after firing indiscriminately, according to reports.

​The wounded are being moved to a nearby hospital for medical treatment.

​According to police reports, at least six people were killed.