The T-55, a veteran main battle tank design created in the immediate aftermath of the Second World War, and introduced into the Soviet Army in 1947, continues to be operated by a host of nations across Asia, Africa, the Middle East and Latin America, with over 100,000 T-55s of various modifications built between the late 1940s and the early 1980s.

A deadly incident involving the testing of a Soviet T-55 tank at the Aberdeen Proving Ground in Maryland, in May 2009 led to the deaths of two personnel, and the severe maiming of a third, a newly declassified report by the Army’s Aberdeen Test Center has concluded.

According to a summary of the report posted by Defence Blog, the incident involved accuracy and fire control system testing of the veteran tank, with the crew of three tasked with firing a Soviet-designed 100-mm cartridge with a High Explosive Anti-Tank (HEAT) warhead.

“Upon firing the second round of the day, a catastrophic incident occurred. The warhead exploded in the tank cannon, rupturing the tube, killing the commander, fatally injuring the gunner and seriously injuring the driver,” the report summary reads.

The cause of the incident is attributed to the premature explosion of the HEAT round inside the barrel. After the detonation took place, the tank continued to slowly crawl forward a distance of 400 meters. Emergency services were called in, with the commander pronounced dead at the scene, while the tank gunner and driver were evacuated to hospital by helicopter. The gunner succumbed to his injuries after 15 days, while the tank driver, situated nearer to the front of the tank, survived, but received severe burns to about 70 percent of his body.

Investigators later revealed that the crew was not wearing fire-retardant attire, which is believed would have reduced the severity of the surviving crewmember’s injuries.

It remains unclear what caused the HEAT round’s premature detonation inside the tank’s barrel, or why the US Army was testing such a relic of a tank in the first place.

The T-55 is known as one of the most simple, reliable and durable tanks produced during the Cold War. The tank saw action in a range of conflicts, from the 1967 and 1973 Arab-Israeli wars, to Vietnam, Angola, and the 1970s-1980s wars between India and Pakistan. China developed its own version of the tank – the Type 59, and Czechoslovakia and Poland produced the tanks on license beginning in the 1950s. Before the advent of composite armour, the tanks’ upgraded HEAT rounds were seen to have extended the tanks’ lifespan for decades.

As of 2020, despite the passage of nearly three quarters of a century since their initial introduction, T-55s continue to be operated by well over four dozen countries around the world. In additional to conventional turreted tanks, some of the tracked vehicles have been converted into combat engineering vehicles, bridgelayers, or flak gun platforms. 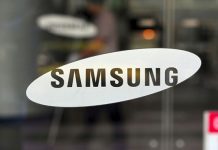