Athens is reportedly bracing for the possibility that in the coming days Turkish President Recep Tayyip Erdoğan will proceed with turning the former Orthodox cathedral of Hagia Sophia in Istanbul into a mosque – in view of a recommendation expected by Turkey’s Council of State on Thursday.

Such a move would undermine the effort to de-escalate tensions that began last week with the phone call between Prime Minister Kyriakos Mitsotakis and Erdoğan. Proponents within Turkey of converting the 6th century monument, currently a museum, into a mosque include the government-controlled Yeni Safak newspaper and the Anadolu News Agency.

The Turkish court’s proposal, whether taken the day after tomorrow or a little later, is not binding and Erdoğan could bypass it.

The pro-government media, however, has stressed that in the event of a positive proposal on Thursday, the first prayers will be held there on July 15, on the fourth anniversary of the failed coup. In a post, the Anadolu agency said Erdoğan and the Turkish nation are waiting for the decision of the Council of State on Thursday.

“On July 15, tens of thousands are preparing to pray in Hagia Sophia,” it said, while the Yeni Safak referred to the visit Monday by Greek President Katerina Sakellaropoulou to the islands of Agathonisi and Leipsoi, calling them “Turkish islands.”

Kathimerini understands that the issue of Hagia Sophia and its conversion into a mosque was raised during the call between Erdoğan and Mitsotakis, with the former referring to the court’s impending ruling. He also deferred the issue until after the court’s ruling during talks on the matter with Washington and Berlin, according to U.S. and German sources.

At the same time, the energy minister, Fatih Dönmez, returned to the issue of oil exploration Monday, saying that drilling will take place within the borders of the “Blue Homeland” – a vast area in the Mediterranean which Ankara envisages to be under its influence.

For its part, Athens continued its diplomatic moves on the Mediterranean chessboard Monday with the visit by Foreign Minister Nikos Dendias to Tunis, where he met with his counterpart Noureddine Erray. He was also received by Tunisian President Kais Saied.

The two sides signed an agreement on maritime transport, and regarding Libya there was a common understanding of the need for third parties to remain outside the North African country. 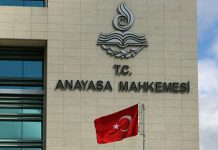 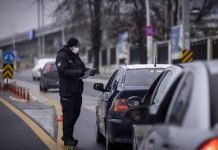