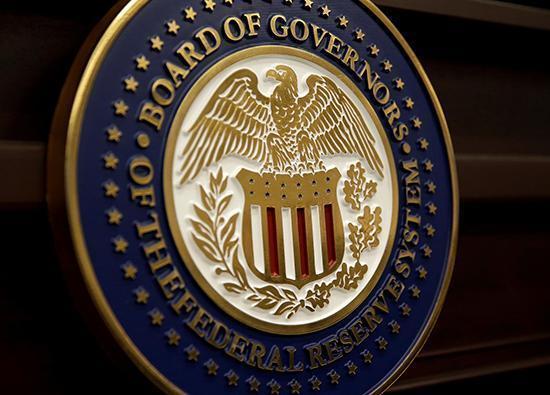 (Reuters) – The U.S. Federal Reserve’s holdings of bonds and other assets shrank for a fourth straight week, sliding below $7 trillion, and use of one key emergency liquidity measure dropped to zero in the latest sign that financial stresses that erupted early in the coronavirus pandemic have eased.

The Fed’s total balance sheet size declined by about $88 billion to $6.97 trillion as of July 8 versus $7.06 trillion a week earlier, data released on Thursday by the central bank showed.

It was the largest weekly drop in more than 11 years, and the main driver was the balance of outstanding repurchase agreements – or repos – which fell to zero from $61.2 billion a week earlier. It was the first time in 10 months that banks have not tapped the Fed for this key source of short-term funding.

“In a sense, it is the end of an era,” Jefferies economists Thomas Simons and Aneta Markowska wrote in a research note emailed Thursday afternoon.

The Fed began intervening in the repo market in mid-September after a shortfall of bank reserves led to a record surge in short-term borrowing costs. It ramped up that support to unprecedented levels in March after concerns over the rapidly spreading coronavirus disrupted financial markets.

Take-up of the Fed’s repo operations waned over the past few months as markets stabilized and the Fed provided more liquidity through massive purchases of Treasury securities and mortgage-backed securities.

The central bank also tweaked the repo operations in June to make them slightly more expensive, positioning them as more of a backstop. That appears to be pushing banks to find private counterparties for their repo needs.

As evidence, there were no bids for a fourth straight day at Thursday’s overnight repo offering from the Fed. Officials have pledged to keep monitoring financial conditions and offer more support if needed.

“They want to be seen as supplying more than enough to the system and they’re going to err on the side of doing that,” said Kathy Bostjancic, chief U.S. financial economist for Oxford Economics.