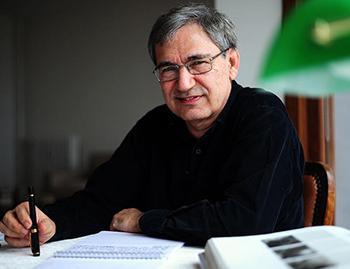 Nobel Prize-winning Turkish novelist Orhan Pamuk has said the Turkish government’s decision to convert the Hagia Sophia into a mosque is a message against the secularism prescribed by Atatürk, the country’s founder, Deutsche Welle Turkish service reported on Friday.

“Atatürk had transformed the Hagia Sophia into a museum. Why did he do that? To tell the modern world, particularly the West, that ‘we Turks are secular.’ That was his decision. Now, they are reversing that,” Pamuk told DW in an interview.

Pamuk went on to say the move is a way to demonstrate that they do not respect the principle of secularism as enshrined by Atatürk.

“They are saying that they want to be populists, unhappy with the West. This is not a message that I am pleased with,” Pamuk said.

“As with millions of secular citizens, I am opposed to this. But unfortunately our voices are not heard,” he said, adding that the lack of freedom of expression in the country also plays a role in their silence.

The ancient building was converted into a mosque after the Ottoman conquest of Constantinople in 1453. It was turned into a museum by Atatürk in 1935 after the proclamation of the Turkish Republic as a secular state. The first Friday prayers were held there today after a hiatus of nine decades.