Over the past few weeks, Kanye West has been grabbing the headlines since his announcement about running for the US presidency. But so far the presidential bid has gone less than smoothly, with a public meltdown during his first campaign rally, Twitter rants, and purported medical treatment.

A week after reality TV star Kim Kardashian mentioned Kanye West’s bipolar disorder, she reportedly fears that the American rapper might have hit rock bottom considering his recent episodes, as per media reports. It has been described as “the worst episode he has ever had”.

A website, Page Six, has quoted sources as saying that Kim knew about Kanye’s bipolar disorder all along, and has worked hard privately to support him and protect him and their kids. She allegedly fears he may have to hit rock bottom before he finally wakes up and realises what he’s done, the report underlined.

Kanye’s first campaign rally was marked by a meltdown, revelations about his personal life, including his discussion with Kim on aborting their first child. It was followed by a spate of controversial remarks about Kim and his mother-in-law on Twitter. Music mogul Kanye, who also announced he’s been trying to divorce Kim, later issued a public apology over his tweets.

Meanwhile, Kim has been trying to do damage control. In a series of Instagram stories, she revealed Kanye’s struggle with bipolar disorder and shared the family’s struggle with a member suffering from mental illness. 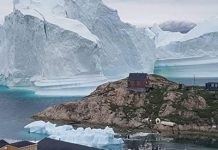 ‘Where Are the Kids?’ School Is Back in Session, but Many Kindergarteners Are Missing