Sputnik talked to Kuwaiti experts to find out the advantages of heavy oil production and sales over the traditional option, as well as what Kuwait’s prospects in this direction are.

Kuwait Oil Co CEO Emad Mahmoud Sultan announced the start of heavy crude exports, stressing that the country would get additional income selling crude oil. Moreover, Kuwait plans to build an oil refinery: in the future, this will help to cover the citizens’ domestic needs.

The company’s strategy envisions the production of 60,000 barrels of heavy oil per day at the South Rumaila field in Northern Kuwait.

Kuwaiti oil production expert Mubarak Muhammad al-Hajjr called the project to produce heavy oil in Northern Kuwait one of the most important points of the strategy for oil industry development till 2040.

“Heavy oil reserves are quite large in the north of the country. It’s time to use them effectively. With an oil refinery, the country will be able to not only provide itself with the necessary amount of fuel, but also export ready-made oil products. This provides significant benefits,” he said.

Speaking about what will the first stage of the oil project implementation be like, al-Hajjr said that “the first stage is to bring crude oil production to the level of 60,000 barrels per day. Later, it will be used to produce environmentally friendly fuel with 10 times less sulfur than in conventional fuel. According to Kuwait Oil Company’s calculations, highly environmentally friendly oil products will be in demand on the global market.

According to the Kuwaiti expert, expanding oil production and refining industries creates new employment opportunities for both citizens and residents of Kuwait.

At the same time, Kuwaiti economic analyst Abdel Wahid Khalfan sees great prospects in continued exploration of Norther Kuwaiti oil fields: in the future, heavy oil can give a serious boost to oil industry development in the country.

“Since, for objective reasons, we have failed to increase oil production volume to 4 million barrels this year, we can make up for the sector’s development by selling and exploiting heavy oil. However, the main problem for us now is the lack of the required number of specialists who can effectively work with crude oil. We had to hire foreign specialists; but in the future, the country should definitely have its own personnel,” he said.

“Heavy oil is the future of Kuwait’s oil industry. For 70 years the country hasn’t really been developing its oil industry, working according to the long-accepted scheme. It’s now time to discover new, explore new deposits and work on their development. Moreover, heavy oil is cheaper both in price and in production costs; this means that there should be a lot of buyers in the market,” he added. 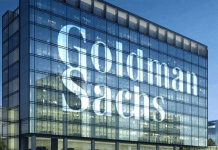