A Lebanese MP stressed that the incident was “not a coincidence.” Fox News reported that much of the port’s operations are unofficially controlled by Hezbollah.

People walk past damaged buildings and vehicles following Tuesday’s blast in Beirut’s port area, Lebanon August 5, 2020.
(photo credit: REUTERS)
At least 135 people have died and 5,000 people were injured, Lebanon’s health minister told Al Manar television on Wednesday, as search and rescue efforts continued after a massive explosion at a warehouse at Beirut’s port shook Lebanon’s capital on Tuesday.
The death toll is expected to rise as dozens of people are still missing in rubble throughout the city.
Multiple videos from the area showed a plume of smoke rising near the coastline and then a large blast and shock wave that shattered windows and damaged buildings and vehicles throughout the capital.
Video and pictures from the scene show windows blown out and debris strewn in buildings and streets throughout Lebanon’s capital. Some buildings in the area collapsed and emergency forces rushed to rescue those trapped in the rubble. Electrical outages were reported throughout the city, hampering search and rescue efforts.
“What we are witnessing is a huge catastrophe,” the head of Lebanon’s Red Cross George Kettani told broadcaster Al-Mayadeen. “There are victims and casualties everywhere – in all the streets and areas near and far from the explosion.”
Hospitals in the capital were overwhelmed with the injured and began treating people in hallways and transferring other wounded people to locations outside of Beirut. Fatalities, injuries and damage were reported on streets and in buildings throughout Beirut.

The explosion placed extra burdens on the country which is already suffering from economic and political crises. The damage caused by the explosion ranges from three to five billion dollars and between 200,000 to 250,000 people have been left without a place to live.

Lebanon’s main wheat silo was destroyed in the explosion, leaving the country with about a month’s worth of grain. “We are currently looking for storage areas,” Nehme said, adding that Lebanon needed enough inventories to last at least three months to ensure its food security.
Lebanese Prime Minister Hassan Diab announced three days of national mourning starting Wednesday for the victims of the explosion. Beirut was declared a disaster city and a state of emergency was declared for two weeks. Diab stated that he “would not rest” until the person responsible for the disaster was found and held accountable.
THE EXACT cause of the explosion remained uncertain as of Tuesday night, but Lebanon’s Supreme Council of Defense stated that over 2,700 tons of ammonium nitrate had been stored for six years at the warehouse where the explosion occurred, calling this “unacceptable.” Multiple reports were issued in recent years urging for a solution to be found concerning the stored chemicals.
The council set a maximum of five days to investigate the cause of the explosion.
“It is negligence,” the official source told Reuters, adding that the storage safety issue had been before several committees and judges and “nothing was done” to issue an order to remove or dispose of the highly combustible material.
Badri Daher, Director General of Lebanese Customs, told broadcaster LBCI on Wednesday that customs had sent six documents to the judiciary warning that the material posed a danger.
“We requested that it be re-exported but that did not happen. We leave it to the experts and those concerned to determine why,” Daher said.
Another source close to a port employee said a team that inspected the ammonium nitrate six months ago warned that if it was not moved it would “blow up all of Beirut.”
Shiparrested.com, an industry network dealing with legal cases, had said in a 2015 report that the Rhosus, sailing under a Moldovan flag, docked in Beirut in September 2013 when it had technical problems while sailing from Georgia to Mozambique with 2,750 tonnes of ammonium nitrate.
It said that, upon inspection, the vessel was forbidden from sailing and shortly afterwards it was abandoned by its owners, leading to various creditors coming forward with legal claims.
“Owing to the risks associated with retaining the ammonium nitrate on board the vessel, the port authorities discharged the cargo onto the port’s warehouses,” it added.
Lebanese officials called for an international investigation into the incident, saying that they were concerned that local investigation committees would be unreliable and politicized.

Special Aide to the President of the Islamic Parliament of Iran Hossein Amir-Abdollahian told Mehr News that the US and Israel benefit from the explosion and that Israel may be “behind the scenes” of the incident.

Javad Karimi Ghodoosi, a member of the Iranian parliament’s Commission of National-Security and Foreign-Policy, tweeted that the “main culprits” of the explosion were “certainly” the US and Israel.

The parliamentarian claimed that the arrangement of highly explosive material within the capital of the “resistance” could not be spontaneous.

An unofficial security apparatus controls the port, said Lebanese MP Ziad Al-Hawat to MTV Lebanon, stressing that the incident was “not a coincidence.” Fox News reported that much of the port’s operations are unofficially controlled by Hezbollah.
A number of countries offered humanitarian aid after the explosion, including Cyprus, Iran, the US, Iraq, Qatar and France.

The verdict in the Hague trial of the suspected perpetrators of the assassination of former prime minister Rafic Hariri was delayed until August 18 after the explosion occurred, according to LBCI Lebanon. The verdict on the Hezbollah members being tried in absentia was originally planned for Friday.

“I send condolences to the nation in Lebanon in the name of the government of Israel,” Netanyahu said. “We are prepared to give humanitarian aid, as people to people, just as we did with the humanitarian crisis in Syria.”

“We differentiate between the regimes and the nations,” Netanyahu said, also mentioning Israeli offers to aid Iran after disasters.

Defense Minister Benny Gantz and Foreign Minister Gabi Ashkenazi on Tuesday conveyed via diplomatic and security channels Israel’s offer to provide humanitarian relief and medical support to the Lebanese people.
Israeli defense officials denied that Israel was connected to the explosion, which came as the IDF was on high alert along the northern border in anticipation of a Hezbollah attack.

Head of the Economic and Social Council, Charles Arbeed, stated that the explosion was either caused by human error or an Israeli attack. Arbeed questioned why, if it was an Israeli attack, were the dangerous materials left in the port.

Hezbollah is known to store weapons in civilian areas.

Israel is in advanced talks to provide aid and treatment to Lebanon, KAN news reported on Wednesday evening. France and Cyprus have received offers from Israel to help aid efforts. Israel intends to leave Hebrew symbols on the equipment so that Lebanese recipients know where it came from.

Additionally, Ziv Medical Center announced that it is “experienced and prepared” to assist in any way possible.
A source from UNIFIL told KAN news on Wednesday that Israel’s aid offer had been received by Lebanon and that a formal answer by the Lebanese government had not yet been given.
“We share the pain of the Lebanese people and sincerely reach out to offer our aid at this difficult time,” President Reuven Rivlin tweeted on Tuesday night.

Israeli officials warned that a similar incident to the one in Beirut could happen in Haifa if dangerous chemicals stored in the port city are not removed.

The chairman of the Knesset Internal Affairs and Environment Committee Miki Haimovich stressed that Israel should be “very troubled” by the explosion in Beirut and called to promote a plan to close the petrochemical industry in Haifa “in the heart of a bay and a population.”

TEL AVIV Mayor Ron Huldai announced on Twitter that the city hall would display Lebanon’s flag on Wednesday evening. “Humanity precedes any conflict, and our hearts are with the Lebanese people in the wake of the terrible disaster that befell them,” wrote Huldai.

Yair Netanyahu replied to the announcement, stating that “waving an enemy state’s flag is a criminal offense.”

The IDF remained on high alert in the North on Wednesday as part of continued preparations for a possible revenge attack by Hezbollah for the death of one of its operatives in an alleged Israeli airstrike in Damascus two weeks ago. Two security incidents have occurred along Israel’s northern border since the airstrike, at least one of which involved Hezbollah terrorists.
Likud MK Moshe Feiglin celebrated the explosion on Wednesday, saying that it was received in honor of Tu B’Av, the “Holiday of Love” that began on Tuesday evening after the explosion.
“You don’t really believe that this was some messy gas warehouse, yeah? Do you understand that this hell was supposed to fall on us as a rain of missiles?!” wrote Feiglin on Facebook.
Feiglin compared the explosion to a nuclear bomb, saying that it looked similar to a mushroom cloud. “I have been warning for years that the withdrawal from Lebanon and the new strategic balance against Hezbollah inserted Israel into a balance of terror that is equivalent to a nuclear bomb by the terrorist organization on our northern border.”
“Today is Tu B’Av, a day of joy, and a true and huge thank you to G-d and all the geniuses and heroes really (!) who organized for us this wonderful celebration in honor of the day of love,” wrote Feiglin.
Sources from Hezbollah told OTV Lebanon on Tuesday that there was “no truth” to rumors that the explosion was caused by an Israeli strike on Hezbollah weapons at the port. Hezbollah operatives were seen at the port after the explosion, according to Al-Arabiya. The TV news channel claimed on Tuesday that the explosion occurred at a weapons depot belonging to the terrorist group.
The Iranian Mehr News Agency claimed that US sabotage may have had a role in the explosion, based on radar images of US Navy aircraft in the area.
When asked about his depiction of the explosion at a White House briefing, US President Donald Trump said that he had met with some US generals who feel the blast was not “some kind of a manufacturing explosion type of event.” He told reporters that according to these unnamed generals “they seem to think it was an attack; it was a bomb of some kind.”
Lebanese officials have stressed that the investigation into the incident is ongoing and the exact cause of the explosion is unclear. 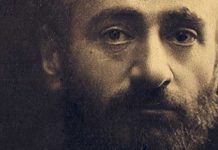