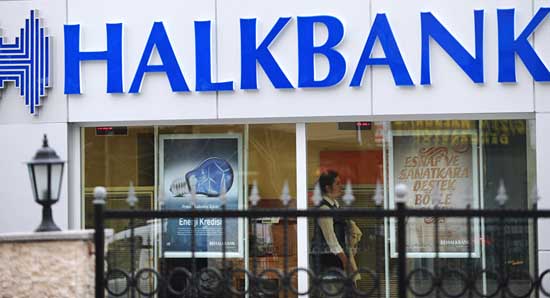 The American lawyers of Turkey’s state-run Halkbank filed a new motion on Tuesday insisting that federal judge Richard Berman recuse himself from the bank’s case at the US District Court for the Southern District of New York (SDNY) due to remarks he made in Turkey in 2014, the Ahval news website reported.

SDNY prosecutors released an indictment last October accusing Halkbank of laundering up to $20 billion on behalf of Iranian entities, bank fraud and concealing the nature of these illicit transactions from US officials.

Halkbank lawyers claim that Berman, by participating in a conference in İstanbul in 2014 and giving interviews to the now defunct Today’s Zaman newspaper, which was tied to the faith-based Gülen movement, was not impartial and should recuse himself from the case.

Halkbank’s defense team has argued that a December 2013 corruption case in Turkey that implicated the family members and inner circle of then-Prime Minister Recep Tayyip Erdoğan was a revenge operation carried out by Gülen-linked prosecutors.

US government prosecutors opposed the motion to have Berman recuse himself, stating that his remarks were about “rule of law” and “justice” and that they had nothing to do with the 2013 corruption probe.

The case against Halkbank is linked to a previous sanctions-busting case that convicted one of Halkbank’s top executives, Mehmet Hakan Atilla, in early 2018, following the admission in 2017 by Iranian-Turkish gold trader Reza Zarrab of his central role in coordinating the sanctions evasion with Halkbank.

In 2016, before he began cooperating with prosecutors, Zarrab also filed a move to have Berman recuse himself from the case under similar grounds, but it was rejected by the judge.