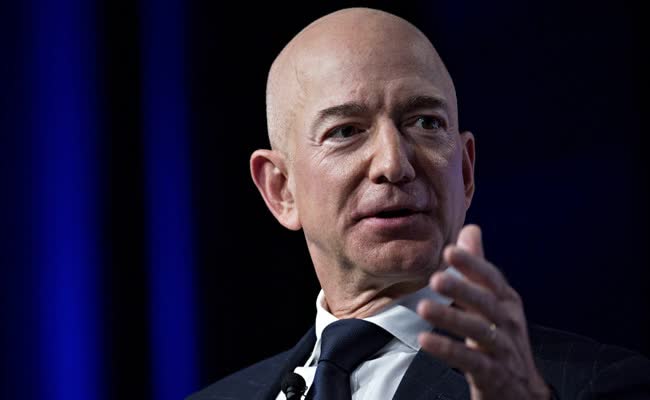 By Bradley Blankenship, Prague-based American journalist, political analyst and freelance reporter. He has a syndicated column at China Global Television Network where he writes about politics in the United States, Latin America, the Middle East and Europe, he’s also a contributor to Policy Network, an international progressive think tank based in London, and a freelance reporter for international news agencies including Xinhua News Agency. Follow him on Twitter @BradBlank_

Amazon’s Jeff Bezos – the richest man in the world – shed one million shares (worth over $3 billion) of his booming Amazon stock. With things looking as good as ever for the tech giant, the stock dump seems especially worrying.

Public filings show that Mr Bezos sold his stocks at between $3,102 per share and more than $3,183 per share. The company’s stocks have boomed – nearly doubling in price since March, when the coronavirus crisis in the United States pushed more and more consumers to shop online. At the end of July, Amazon broke all expectations by posting 88.9 billion dollars in revenue for the second quarter as a result.

So why would he dump these stocks now? Does he see something investors don’t? No one can know what’s going in Bezos’ head, but any person deeply invested in Amazon (and the stock market in general, specifically in tech) should be a bit skeptical that, at a time when the market is booming and Amazon is crushing all expectations, the company’s founder seems to be pulling out.

I believe the US financial market is in an inescapable bubble. The reasoning for this is quite straightforward: the Federal Reserve’s plan to support the financial market wasn’t meant to be long term, and the unpredictability of the economy with the ongoing coronavirus surges across the US is making it difficult to assess the value of financial securities.

Federal Reserve Chair Jerome H. Powell himself pointed out that “the path forward for the economy is extraordinarily uncertain, and will depend in large part on our success in keeping the virus in check,” and that it will “also depend on policy actions taken at all government levels to provide relief […] for as long as needed.”

The Fed’s strategy of so-called quantitative easing (basically throwing money into the financial market) was designed specifically to maintain investor confidence during what they believed would be a small disruption in the economy. Things have played out much differently; the virus is beyond control and the economy will no doubt be disrupted for some time. People are going to be less likely to spend money, given that going to shopping centers, eating out and traveling all pose health risks during a global pandemic, and the fact that the current economic uncertainty will force people to save money.

Congress, for its part, hasn’t helped. The CARES enhanced unemployment benefits were bolstering retail sales and creating signs of hope in the economy – all of which are dwindling every day a new stimulus deal isn’t reached. It should be noted that consumer spending is nearly 70 percent of the US economy, so naturally any upset here is bound to create problems.

Tying this all to the financial market, it’s important to know that the way stocks are valued are typically based on two things: the value of the hard assets held by the company and their expected future earnings. It’s debatable to what extent the first part of this can pose problems now, but the second part is fundamentally unpredictable. We simply don’t know what’s going to happen next with this debacle, but we do know that a majority of companies will see revenues drop.

The reason why stock valuation is so critical now is the fact that nearly half the money in the US stock market is being put in by passive investors, i.e. investors who are putting money into entire sectors or indexes without looking at one particular stock. This is problematic because the valuation of these stocks could be totally wrong, and when this is revealed, anyone holding the securities backed by a company whose assets (including future earnings) are not properly valued are bound to get screwed once people take notice and dump their stocks.

Looking at the sector rallying the most (big tech) we can see soaring stock prices. This is obviously due to the fact that being under lockdown means a person will spend more time on the internet and shop online. It could also be the fact that huge tech companies are poised to buy out a huge portion of their failing competition, setting the stage for a record amount of mergers and acquisitions in the near future. All of this is to say that these growth stocks are indeed growing, because the companies are poised to grow – at least it seems that way.

Amazon is the quintessential example of this vulture capitalism – growing exponentially and buying out competitors left and right. This has always had an appeal for investors looking to get more bang for their buck; Amazon is always growing, but can that growth maintain its same trajectory with a fallout in consumer spending? Doubtful. And perhaps that is a major reason why Mr Bezos is shedding stock now.

Of course, he and Amazon wisely refuse to comment on these sales; saying anything about it would influence investors, and Amazon’s growth indicators speak just fine for themselves. On top of this, Bezos said in 2017 that he would sell one billion dollars in shares per year to fund his Blue Origin space venture. But so far he’s done this at an accelerated pace, as last year he sold 2.8 billion in shares and earlier this year he sold four billion, now totaling around seven billion this year.

In the end, the important thing to remember is that, like Jerome Powell said, there is an extraordinary amount of uncertainty right now. Wall Street is smashing records left and right in a total disconnect from the real economy, which is in total shambles, but eventually the destruction of the real economy is bound to catch up to the financial market. It could be the case that people like Mr Bezos are seeing the writing on the wall before the general public.

And this should worry you, the average person, because ultimately the fallout from a financial disaster (like we saw in 2008) will affect you first and foremost, while those at the very top, like Mr Bezos, will walk away unscathed – as he may already be planning to do.